I met up with family in Edinburgh and we are now back in Basel. I adored Edinburgh. It is such a beautiful city full of great history. We’ll get back to Edinburgh later, though, because we are going to start with our day trip through the Scottish Highlands to Loch Ness.

Now, if you know anything about the geography of Scotland, you would know that a day trip to Loch Ness from Ediburgh is quite literally a day trip. Our tour left at 8 am and didn’t get back until after 8. It was a long day.

We left early morning on Sunday morning to meet with our tour group, Rabbies, and load up into our bus. 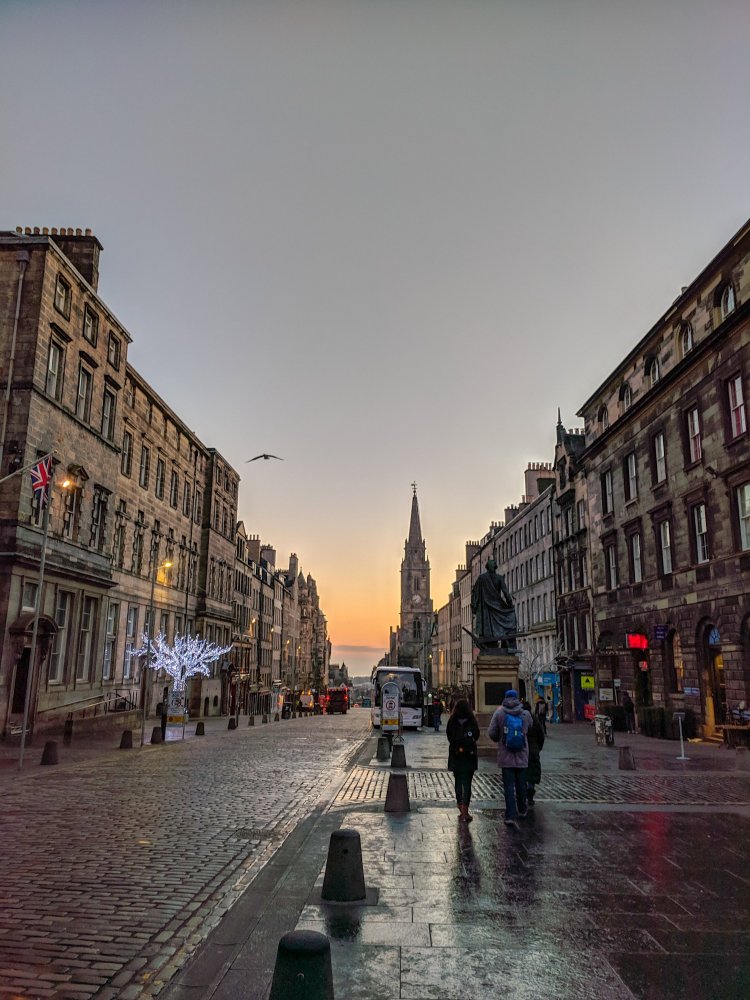 We were quite proud of the fact that we were out on time and made it to the meeting place before 8. It didn’t mean that we weren’t the last people on the bus, but we did make it on time. From there, we left Edinburgh and took off on our very long day trip.

Now, there were two things that made the trip pleasant. The first was that we had many stops and breaks along the way. Many were just pit stops or photo ops, but we had at least one longer stop for food. More importantly, our tour guide, James, was very entertaining. Our drive was sprinkled with a lot of history and culture about Scotland and the Highlands. Among other things, I learned that there was a lot more historical accuracy to the show Reign than I expected (although absolutely zero is a low bar). Also, we learned that most of Monty Python and the Holy Grail was filmed at Castle Doune (as well as Outlander and the unaired pilot of Game of Thrones).

We didn’t stop at the castle, though. Maybe another time. We did stop in this small town, Callandar, where we stopped to some delicious meat pies. 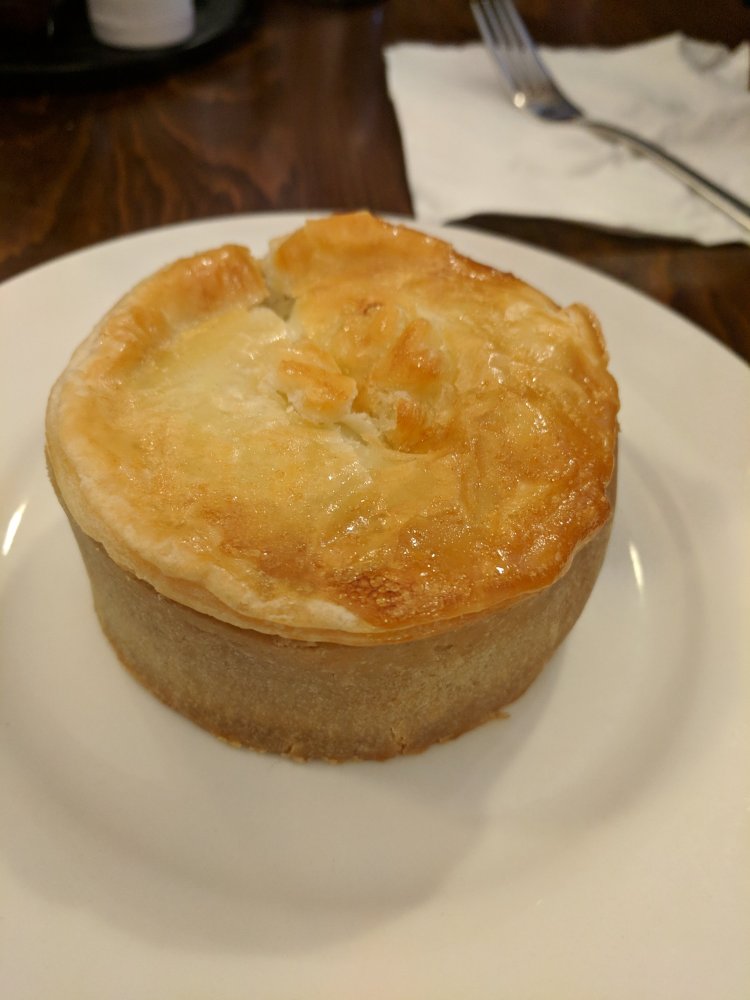 We crossed over to the Highlands almost immediately after leaving the town and stopped shortly after at Loch Lubnaig, our first loch of the day. 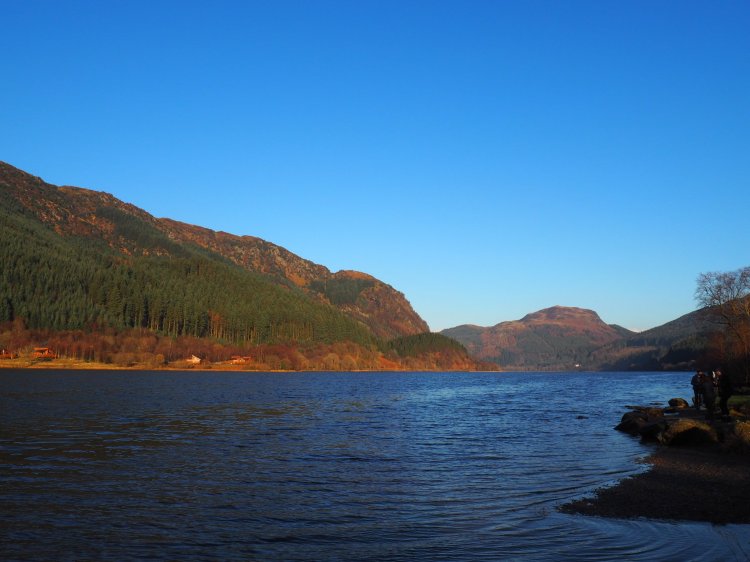 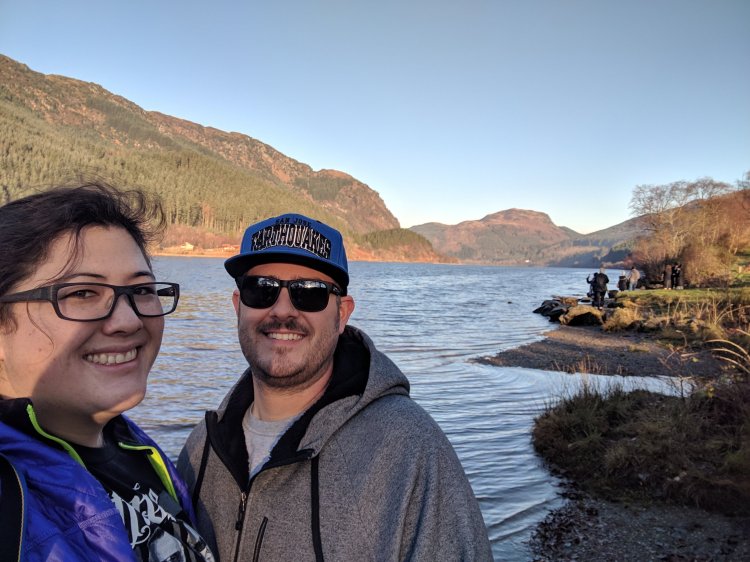 We made a few more stops on our way through the Highlands to take in the scenery. It was beautiful, as was the lighting throughout the day. 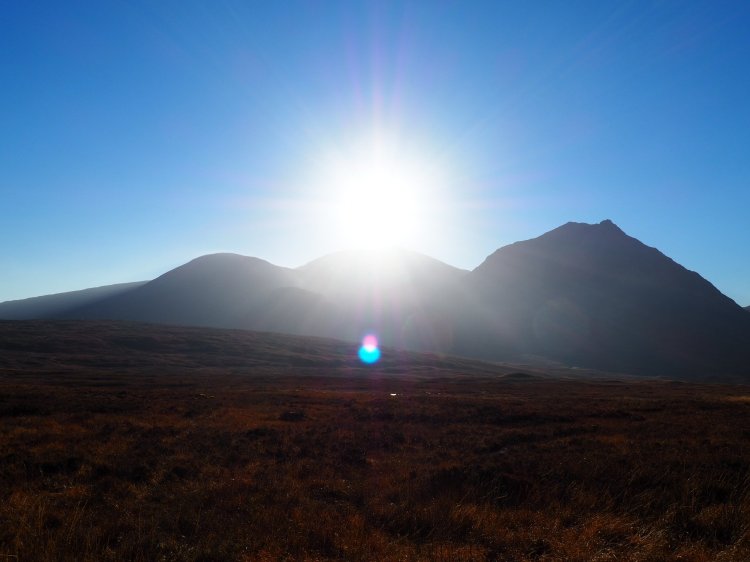 The best photo spots, however, were our stops through Glencoe. Glencoe was very cold and windy, but absolutely beautiful. 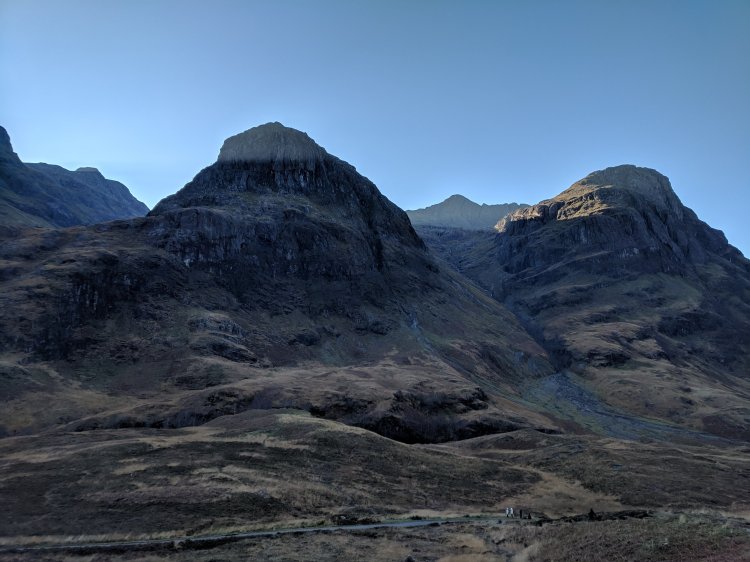 From Glencoe, it was another hour and a half of driving before we got to Fort Augustus near Loch Ness. The drive was long, but filled with interesting stories and snippets of Scottish music, so it wasn’t too bad. We did eventually make it to Fort Augustus and had about an hour to spend there. We opted against the Loch Ness boat tour (no Nessie hunting) and instead spend almost all of the time we spent shopping at a small gift shop (in fairness, they had an exhibit about the canal) and eating. It wasn’t until about ten to 3 (our meeting time) that we thought that maybe it would be good to take pictures of Loch Ness. On the upside, we weren’t the last group back to the bus.

Also, when walking to Loch Ness, Mia slipped and almost fell into the canal. She didn’t, so we not only were unable to see Nessie, but we missed a very prime opportunity for a Kelpie spotting.

In any case, Fort Augustus was a cute town. We had fun exploring (and eating) during our short stay.

We made a few stops on the way back. The best was to watch the sunset by a WWI memorial.

There were a few more stops along the way, including a pit stop and an extended coffee break at a very cute down about an hour outside of Edinburgh. A lot of the ride was in the dark, which made for a good nap.

We made it back to Edinburgh around 8. It was a long day, made even longer by the fact that we followed it up with dinner and a ghost tour. It was a fun day though and I’m glad we had a chance to do a very short tour of the Highlands.

2 thoughts on “Loch Ness and the Scottish Highlands”