Chris is gone and my cold is nearly gone. There is still a slight hint of a cough remaining, but I have otherwise recovered. As I mentioned in one of my previous posts, the cold hit me pretty hard and I’m actually very surprised that Chris didn’t catch it from me.

In any case, we were supposed to go Budapest on the weekend of Feb 2, but Chris convinced me the night before that maybe a 6 am flight when I was suffering from a cold and looked awful was a bad idea. I had figured that we could just hang out in one of the thermal baths for most of the day, but the idea of flying with sinus pain also didn’t sound appealing. I was disappointed that I would be missing out on langos and goulash for the weekend, but I think it was the better choice. In any case, I was able to cancel the hotel in time and the flights were ridiculously cheap when I got them.

Despite the cold, I wasn’t going to give up on the weekend. Chris found out that FC Basel was playing Grasshopper (one of the Zürich teams). Somehow, Chris’s scheduled trips out here would have him miss every FC Basel home game in one way or the other, so we decided our Sunday would be spent in Zürich. This meant that our Saturday was reserved for grocery shopping, a trip to the olive oil festival at Markthalle and (perhaps most importantly) a trip to the FC Basel fan shop to prepare for the game.

We decided to make a day of it in Zürich with an early start to do a walking tour of the city. We met with the group and it almost instantly started snowing. In retrospect, a walking tour in the snow with a cold was the prime recipe to make me more sick, but I did a good job of layering and was pretty warm throughout the day.

The tour stuck mostly around the Old Town and while it felt pretty short in the grand scheme of things, the cold started wearing me down towards the end. It was a good tour, though, with a good mix of city history and Swiss culture. We even got chocolate at the end of the tour, which is never a bad thing.

The tour ended around lunch time and we were tired of walking around in the snow. We hopped on the tram to get back to where we met for the tour and have lunch at the Restaurant Zeughauskellar, which was the old armory. They have a lot of traditional food and beers there, which made for a pleasant (and warm) lunch.

Now, in our initial plans for the day, we were going to spend the remaining time before the game at the most fitting place for a soccer day, the FIFA Museum. The snow must have gotten to our heads, however, because we completely forgot that the museum existed. Instead, we walked around the corner to the Fraumünster Church (built in the 800s!!). It cost 5 CHF to get in (audio guide included). The church is not that big, but the audio guide was pretty expansive and the famous Chagall windows were quite incredible. Unfortunately, there were no photos allowed inside. 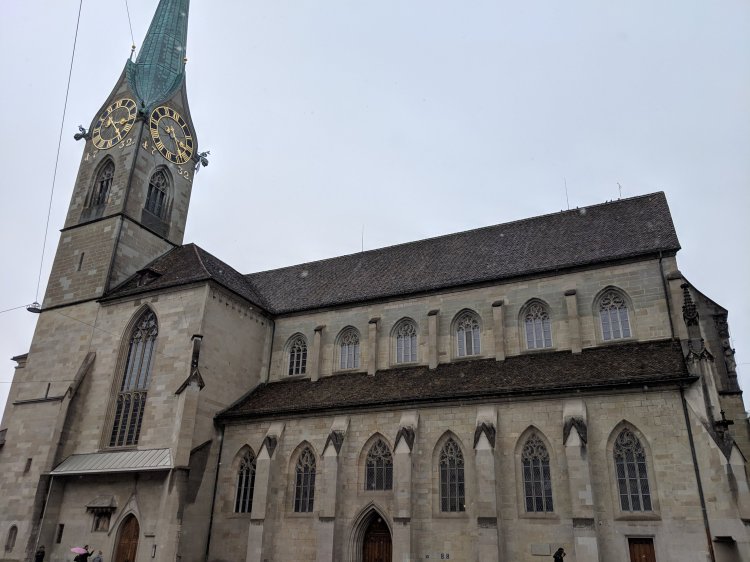 It was around this time that we realized that we had forgotten about our planned visit to the FIFA Museum, but we only had about 30 minutes until we needed to head towards the stadium and decided the time would be better spent in a cafe getting tea and hot chocolate. It was a nice way to stay out of the cold. After a short break, we caught a tram to Letzigrund Stadium for the game. 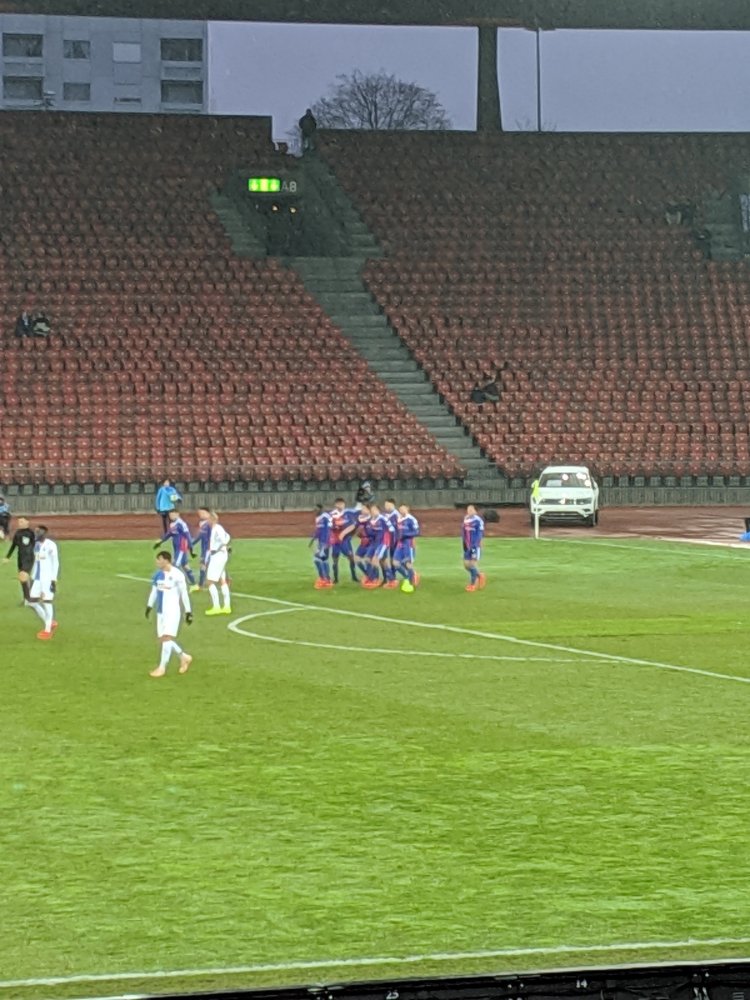 The stadium wasn’t too crowded, but it was still a very active crowd. Both of the fan groups were very spirited, as was our section. Interestingly, this was the first time we were attending a soccer game as an away supporter (unless you count the USMNT games we’ve attended where we were vastly outnumbered by the actual away supporters). It was strange to realize that this was the first time we did it, but it just felt like any other game (except when the crowd contested bad foul calls/non-calls).  It didn’t hurt that FC Basel won the game 4-0.

We jumped on a tram as soon as the game ended to get back to the train station. We wanted to catch a train back to Basel. Chris slept and I read. 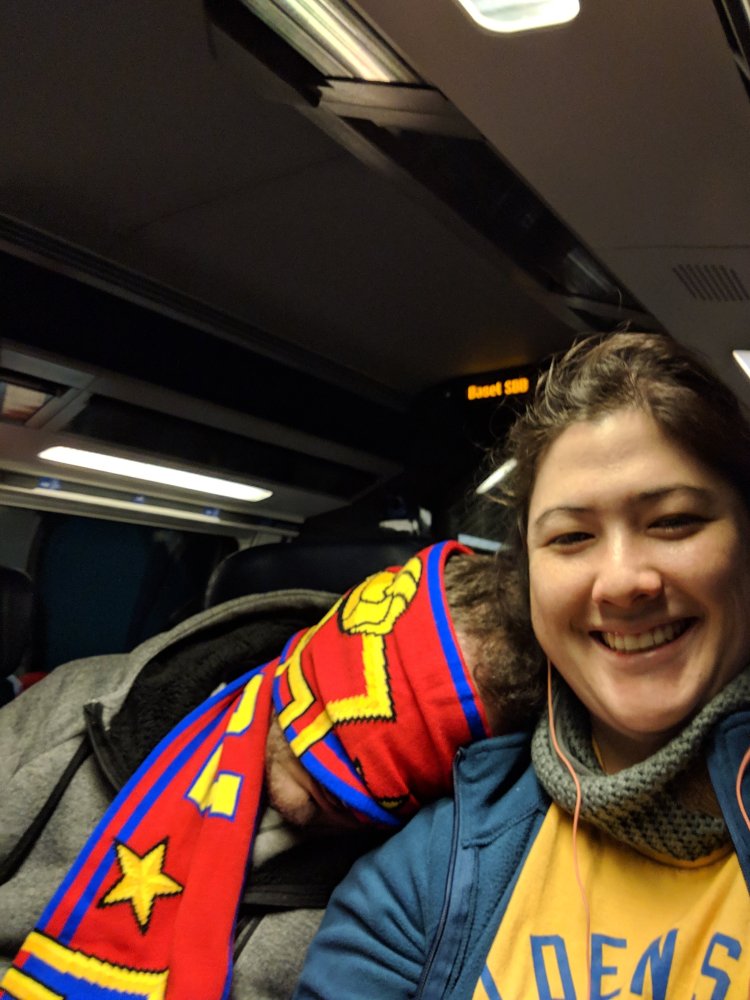 All in all, our somewhat impromptu Zürich trip turned out to be a lot of fun and probably the perfect about of energy expenditure for me with my cold. I don’t think I could have done Budapest with the cold. More importantly, we got our second soccer weekend in a row and we finally got our FC Basel game. We won’t miss out on our chance to see St. Jakob Stadium as we are going to be seeing a Eurocup Qualifier between Switzerland and Denmark there next month.