It’s been a busy week as family has been in town. I met everyone in Edinburgh this past weekend because I got a Gianni and Laura on this trip and, obviously, they had to see Edinburgh.

Like the last trip, we also planned a trip out to the Scottish Highlands. There’s something otherwordly about the Highlands. This time, we opted for a castle tour rather than a trip all the way out to Loch Ness. That trip, while beautiful, was an exhausting day.

We got up early for our 8 am departure. We got to the meeting point and Clan Garbagnati took over the back of the bus. Once the whole group loaded into the bus, our tour guide explained the itinerary for the day and we departed from Edinburgh.

Our first stop was actually just outside of Edinburgh to see the three bridges at the Firth of Forth. As our tour guide noted, each of these bridges were built in a different century. 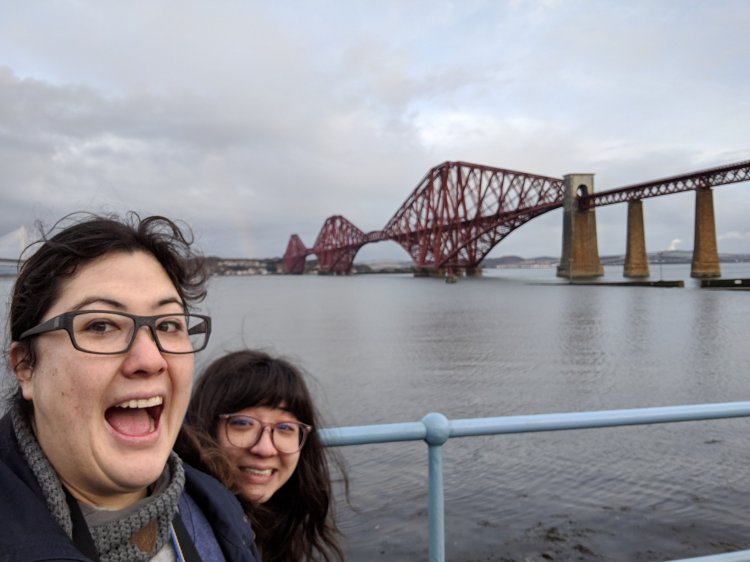 After our photo stop, we continued our exit from the Edinburgh area for about an hour to our first castle, Doune Castle. We passed this one during the other Highlands trip. Yes, this is a historical castle, but it was also the filming location of many important shows and movies, including Outlaw King, Outlander, and (perhaps most importantly) Monty Python and the Holy Grail.

The difference between the last trip and this one is that I have seen all of the seasons of Outlander available to me on Netflix since then, so I got to nerd out on some of the Outlander trivia during the trip. Actually, as silly as parts of the show are, I now know a lot of information about the Jacobite uprising. Probably more collective Scottish history than I got from watching Reign. In any case, other than being the filming site of Castle Leoch from the the show, we also saw Claire’s escape hatch from season one while we waited for the castle to open.

The ticket price to Doune Castle includes an audio guide. The audio guide has the historical information, information about the filming of Holy Grail and a whole separate audio track for Outlander, narrated by the Sam Hueghan (the actor who plays Jamie Fraser). Anyway, the castle was pretty cool in that it was very stereotypically castle-esque (is that a thing?). We even saw what was at some point the bathroom of Mary Queen of Scots. We were the last ones on the bus, though, as is our usual story.

From Doune Castle, we officially crossed over into the Scottish Highlands and drove for a while before we made a pit stop and food stop at Loch Lubnaigh. It was supposed to be a quick stop, but everyone ended up ordering hot breakfast sandwiches (the whole tour, not just us). 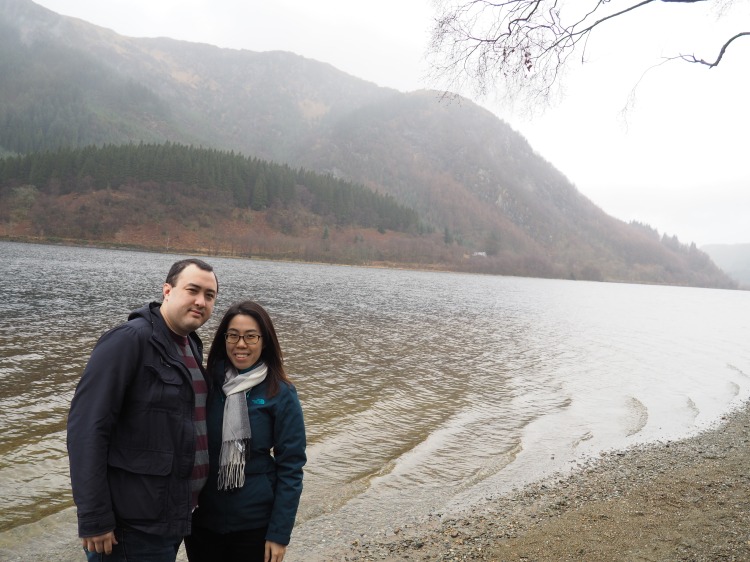 We also saw someone swimming across the loch, which was mind blowing given how cold it was in the Highlands.

After loading up into the car, we drove for quite some time towards Kilchurn Castle. The castle is a ruined castle sitting on the edge of a loch that looks like it’s an island. I believe it even was at some point. Given the wet weather, we had a bit of a muddy hike out to the castle. After that point, we got to explore the outside of the castle for a little while. It was unfortunately not open, but it was still fun to walk around. It was probably my favorite of the castles of the day. 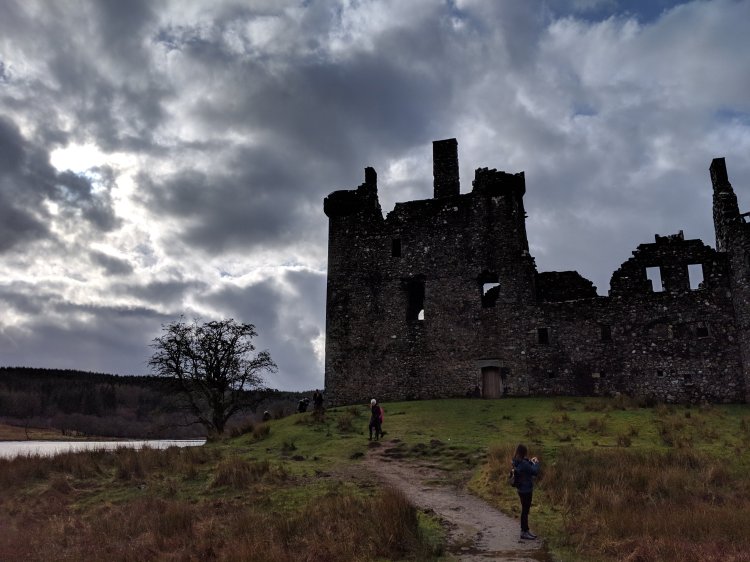 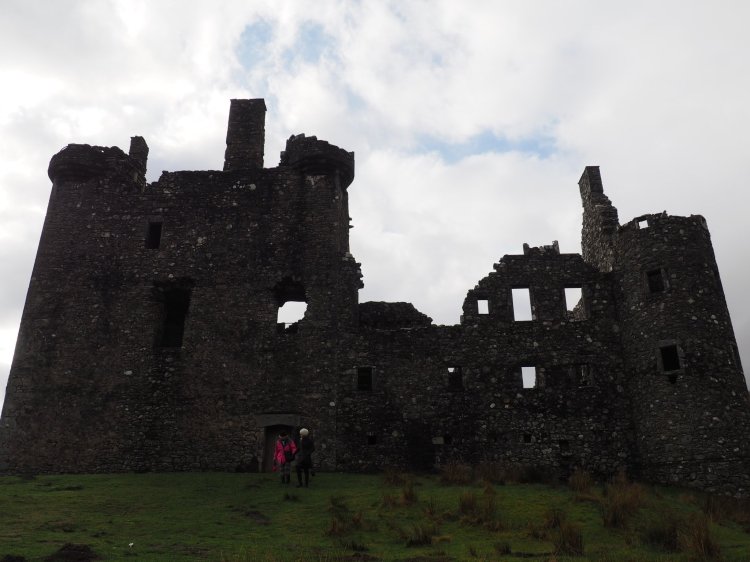 After hiking back to the bus, we had a thirty-ish minute drive to Inverary for our lunch stop. This included a very brief stop to see Inverary Castle along the way. While the castle is open to tourists in the summer, it is closed for the winter for repairs and because people actually live there, so we just saw the outside.

We stopped in Inverary for lunch. Our guide recommended one restaurant, but it was crowded, so we went to a different one. Of course, the restaurant we went with was painfully slow, so we barely made it to the bus on time. Everyone else apparently had some great food like scallops. Our food wasn’t bad, we just had to scarf it down at lightning speed so that we could make the bus. 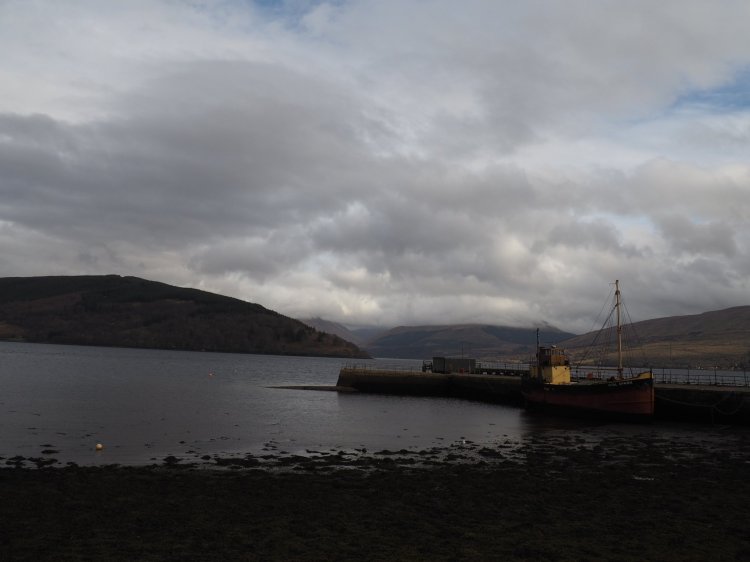 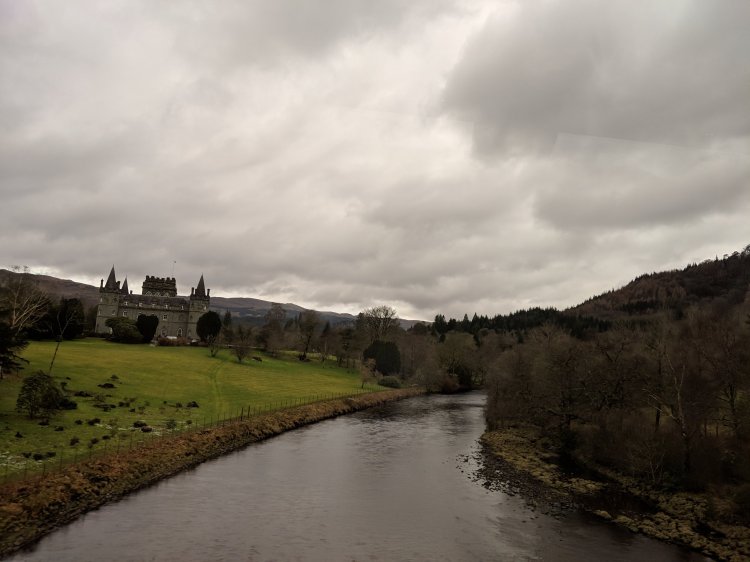 From Inverary, we made our way into the mountains for a little while for a stop called Rest and Be Thankful. I actually assumed that this was one of those roadside restrooms and cafes, but it actually held some historical significance as the place that people would stop on the way up and down the mountains.

After another hour, we hit Loch Lommond for our last major stop before heading out of the Highlands. I’m pretty sure we visited Loch Lommond last time we did our Highlands tour. If it was, it wasn’t the same part of the loch. I walked along the shores of the loch for a while and watched in horror as another batch of tourists were harassing an enormous swan. I walked all the way out to a church in the town, but then got lost on my way back. I delayed our bus a little bit. 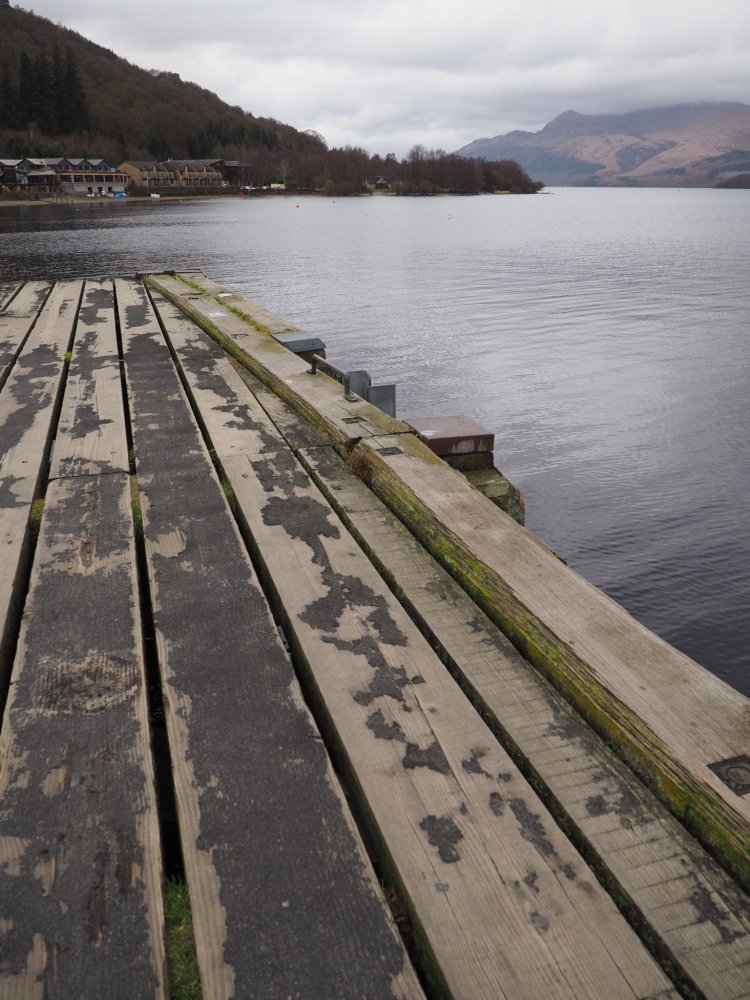 We had a long drive back from the Highlands, during which time most people (myself included) fell asleep. I woke up for our brief photo stop at Stirling Castle before falling back asleep until waking up to an exchange between the tour guide and one of the other tour attendees regarding the historical accuracy of Reign. Come on, no one was pretending that show was accurate.

We made our way back to Edinburgh a little before 7, where gave Gianni and Laura a brief evening city tour. More on that in my next post. All in all, our second day trip into the Scottish Highlands was a lot of fun. As I’ve said before, there’s something about that area that’s just very special and it was fun to have the time to explore (or at least see) different castles throughout the day.