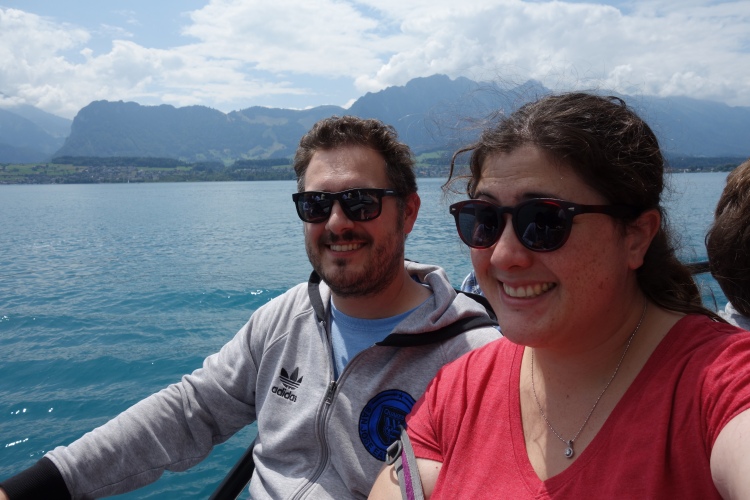 As noted in the Lauterbrunnen post, we left the Lauterbrunnen area a little early last Sunday given the weather conditions. We thought it’d give us a good opportunity to visit one of the cute cities we saw on the way out. We were debating between Interlaken and Thun, but figured a weekend trip out to Interlaken would be inevitable ultimately. So, after chasing waterfalls in Lauterbrunnen, we parted ways with the area and made our way to Thun.

We got to Thun, locked our bag up in a locker and started to explore. My first impression of Thun was that it was actually a lot larger and more city-like than I expected. The second was that it does not sit directly on Lake Thun. I considered getting us onto the boat that would take us around Lake Thun, but it left before we could put our bag into a locker at the train station. It was fine, though, because we just set off to wander the old city. Almost immediately, we ran into a bus headed for Oberhofen and jumped onboard.

Oberhofen is a small village about a 15 minute drive away from the Thun city center. It is also home to a several century old castle that sits right on Lake Thun. There are actually several castles in the area and from my research on Thun, it seemed like the one in Oberhofen was the prettiest. I just wasn’t really sure how to get to Oberhofen, so the timing couldn’t be more perfect. The fallback would have been to see the Thun Castle, which is supposed to have a wonderful view, but has the drawback of not sitting on a beautiful blue lake.

The other thing we immediately noticed was that the boat that left us at the Thun train station was just pulling away from the Oberhofen pier. This meant that we had an alternative way of getting back to Thun. We found the time tables to get back to Thun but could not for the life of us find the prices for the ride. We flagged that as an issue for later and made our way to the castle.

The castle is several centuries old and actually was owned by an American lawyer (life goals?) before it was turned into a museum in the 1950s. It’s about five stories high with all the standard fixtures of a castle, including a dungeon. It was also used as a home and as city offices at various points in its history. It costs about 10 CHF a person to get in and it took us about two hours to explore and read most of the information on the self-guided tour.

I’ll note the following about the castle. First, it’s actually surprisingly kid friendly. There are a lot of kid-oriented activities and you can dress up like princesses and knights in several rooms. Honestly, they should also have adult sizes too so everyone can join in on the fun. More importantly, they do a good job making the exhibits bring out the lives and histories of the people who lived in the castle at various points in time. There’s a dining room where every “plate” reveals the story of a different inhabitant. The more interesting exhibit was the exhibit on the staff at the castle. 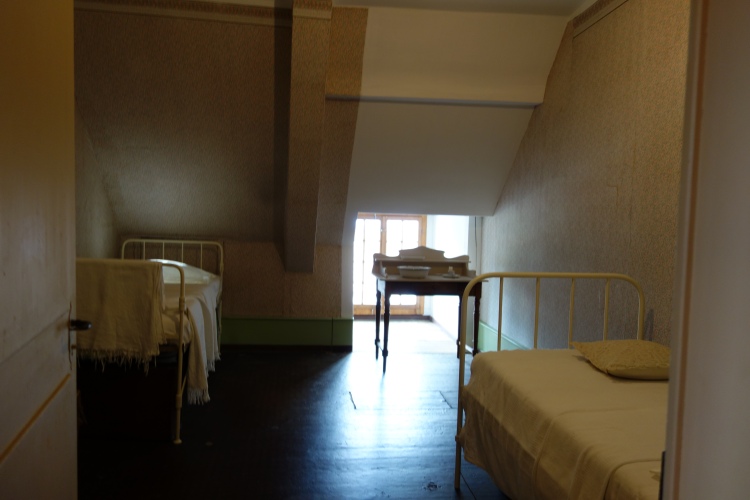 The library was closed, which I was very sad to see. The top floor is a smoking room, with a lot of seating space and a wonderful view of the surrounding area. I can’t find a picture from it, but that was probably my favorite.

After all was said and done, we had about 40 minutes to spare before the next boat game through the pier. We were a little hungry by that time, so we grabbed some food at the restaurant on the pier and waited for the boat to come. Remembering that we had no idea how much it would cost to take the boat home, we tried asking the waitress at the restaurant, but the most she knew was that it wouldn’t cost much and that we could get tickets on the boat. 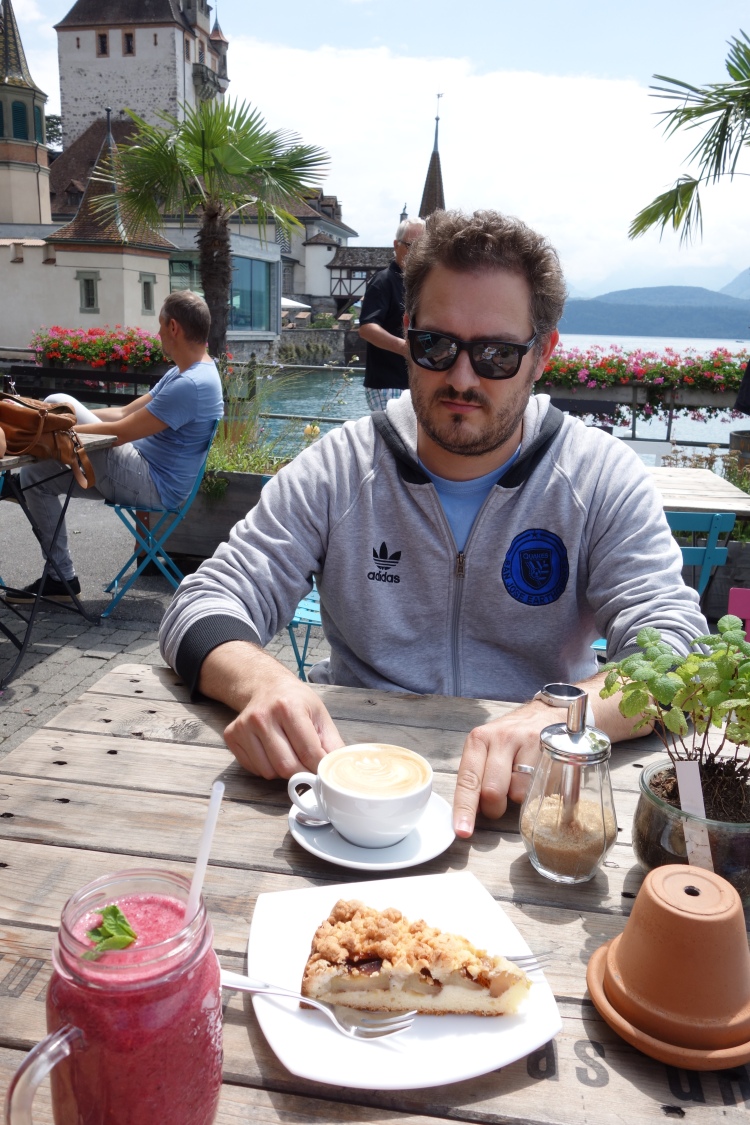 When the boat finally came, we followed the line to get onto the board and stand in line to pay. Except before we could ask anyone how much the ticket to Thun would cost, the boat left the dock and we were stuck. It wasn’t too expensive at the end of the day (especially with the half fare card), but we did spend our time in line pretending we were the kind of people who would be able to stow away on a boat. The boat ride was absolutely lovely, though, and I would highly recommend it as a way to see Lake Thun. 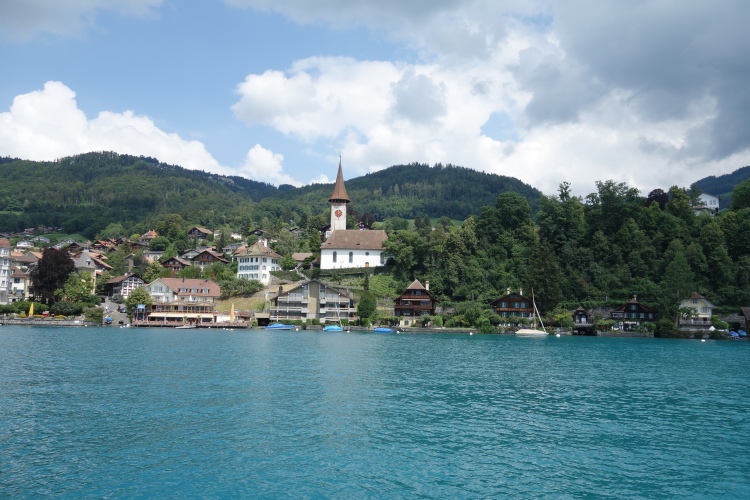 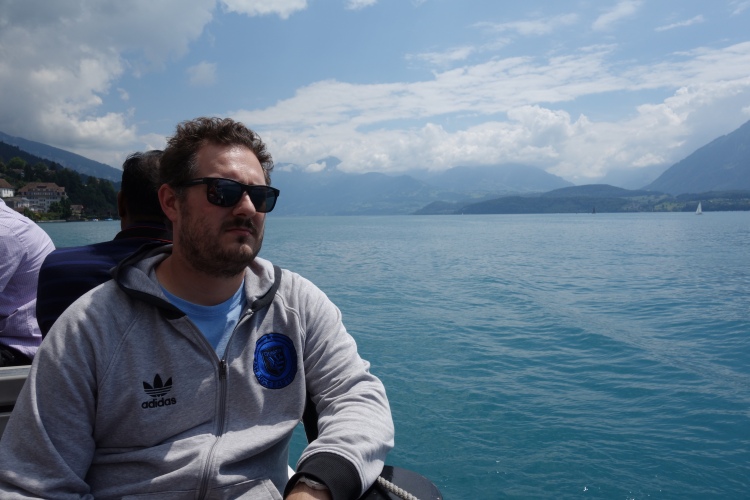 We got back to Thun and finally started our actual tour of old town. We ended up spending a lot of time around one of the covered bridges. When I was reading about the city, one of the blogs briefly mentioned that there were surfers around the covered bridges and I didn’t know what that meant. We proceeded to spend about 40 minutes watching a group of guys try to surf against the current. They drew quite an audience. 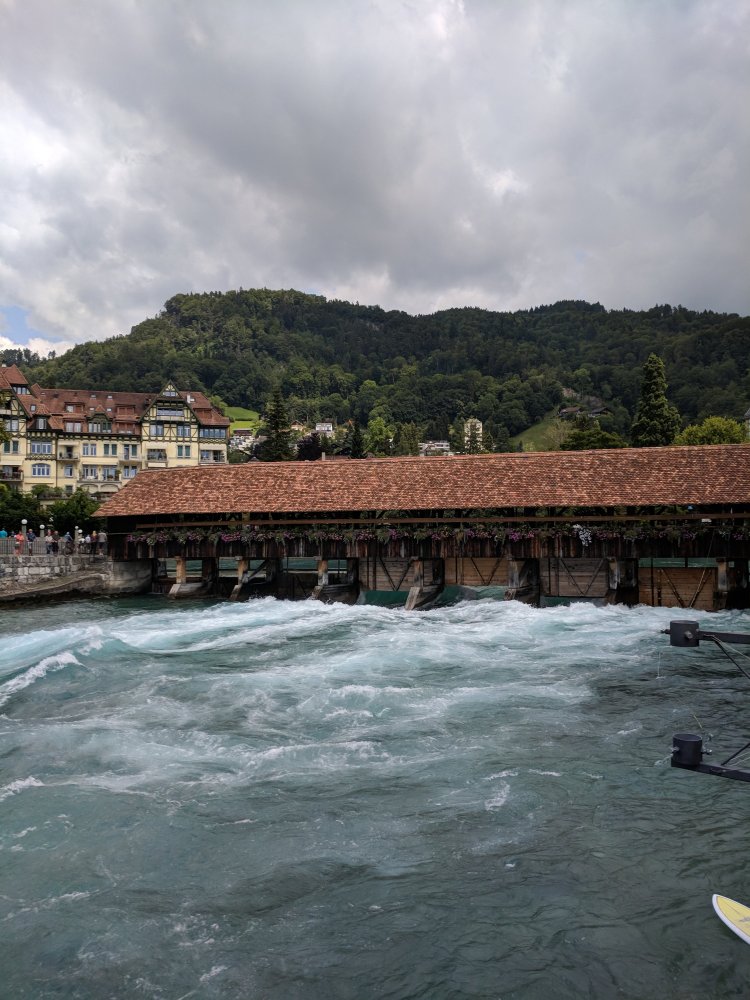 We had to drag ourselves away from the surfers eventually, though, and we spent the a little more time exploring the old town. We briefly considered going up to the Thun Castle to also see that one, but after spending a lot of time at Castle Oberhofen, we were a little castled out for the day. We did a little more exploring before we went to the train station to catch a train to Basel.

All in all, Thun was a lovely stopover on the way home to Basel. I’m sure we’ll see more of the Lake Thun area when we ultimately get back to area at some point. Interlaken is also on Lake Thun. 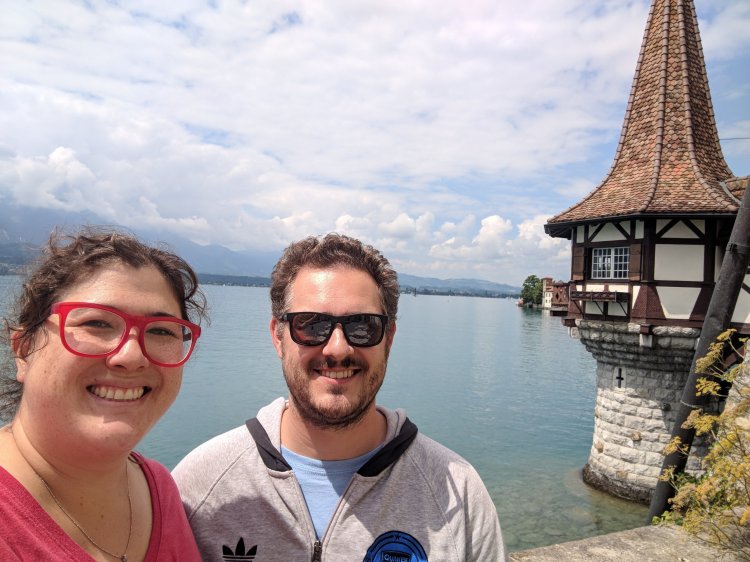