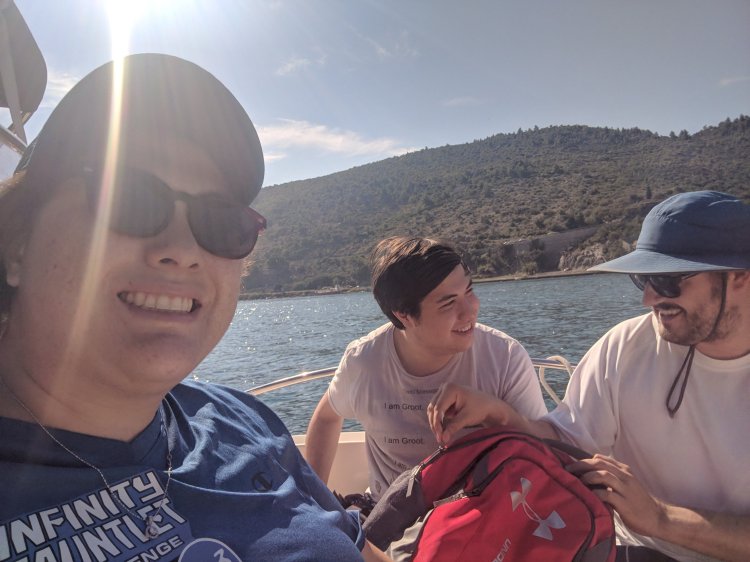 Wednesday is Swiss Day, so I took the few days in between off for a longer weekend. We have spent the actual weekend in Dubrovnik, which has been a bucket list destination for me for a very long time. Umma, James and Becca have also met us here and will be traveling back to Basel with me.

Tomorrow, we fly to Rome as our trip to Dubrovnik draws to a close. I’ll post more about the actual weekend in Dubrovnik. The short summary is that Dubrovnik a little crowded here but otherwise everything I hoped it would be and more. Today, though, I am going to be posting about our boat tour of some islands. 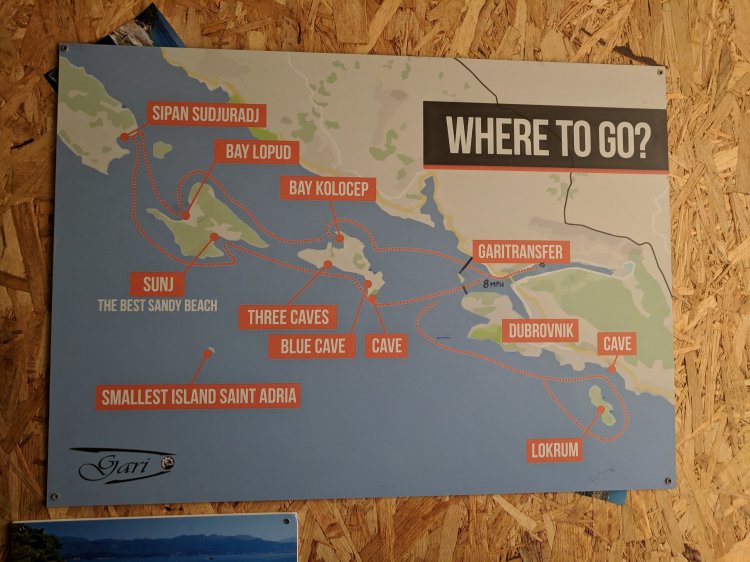 As we were wandering Dubrovnik on Saturday, we passed a LOT of tour companies selling day trips. The photos of strikingly blue caves caught our eye and we ended up signing up for a private tour of some of the local islands. Typically, I scour TripAdvisor for well-rated tours, but the price was good and we thought it’d be a good way to spend the morning and early afternoon. Coincidentally, the company (Gari Transfers) did end up being well-rated and it was a fun tour, so it was a good gamble.

We got picked up from the apartment area. Since the apartment we’ve been staying at is in the middle of a very long staircase, we had to climb to the top and spent the whole wait for the pick up hoping that they weren’t actually picking us up at the bottom of the stairs.

The car took us to the Port of Dubrovnik, where we finally found where the big cruise ships stay. We loaded onto a boat driven by our skipper, Dino, and were on our way. 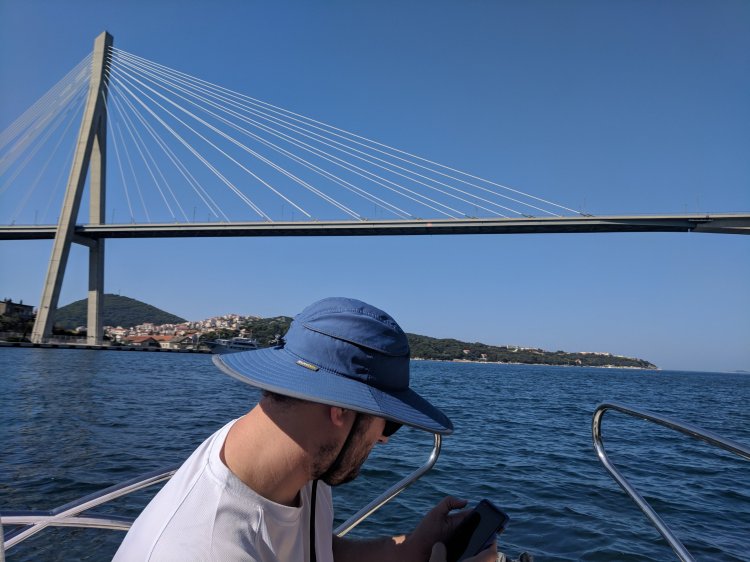 This area around Dubrovnik reminds me of quite a few of the places I’ve traveled to. The red roofs of the city remind me of Florence; the Mediterranean atmosphere reminds me of various places in Greece; the walled city reminds me of Essaouira and the surrounding Moroccan coastline. When you look out on to the coast from the boat, however, it kind of reminded me a bit like home. If you replaced the red roofs with beach houses and a freeway, you might have thought we were back in California as it closely resembled the coastline between Santa Barbara and Ventura.

The boat took us to the first island, where we entered a few caves by boat before anchoring so we could jump into the water to see the Blue Cave. I really wish I could show you pictures from inside the Blue Cave because it truly was nice. Unfortunately, I managed to break my beloved waterproof camera almost as soon as I got into the water. There’s water in the screen, so it’s pretty much beyond repair. Nevertheless, the Blue Cave was beautiful and the water was refreshing and so so so clear. 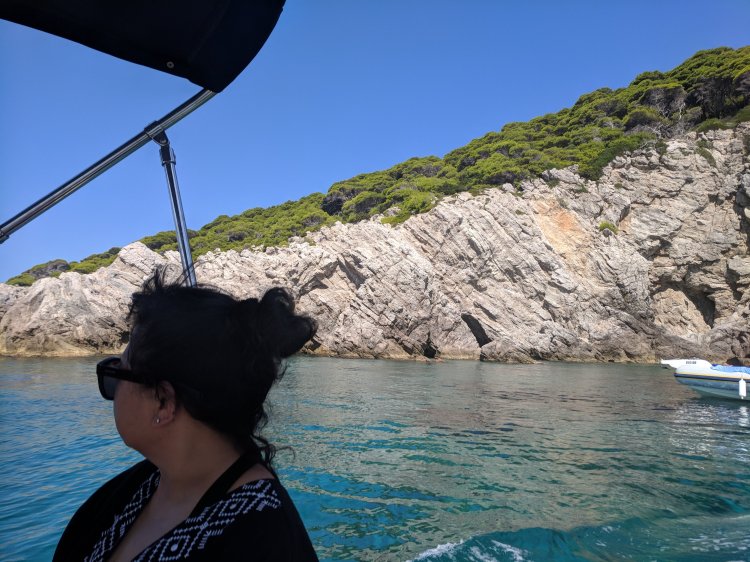 Didn’t have too much time to be sad about the camera because our next stop was another series of caves on the same island. The first was pretty big and shallow enough to stand and climb onto the rocks inside. James scouted the second for us and told us it was small. It was also crowded, so we ended up skipping it to bypass the crowds for the third cave. This one was my favorite. It was a little more intricate and had a pretty strong current that kept pulling you in. We got as far as I was comfortable with going without a helmet before we turned around to get back on the boat. 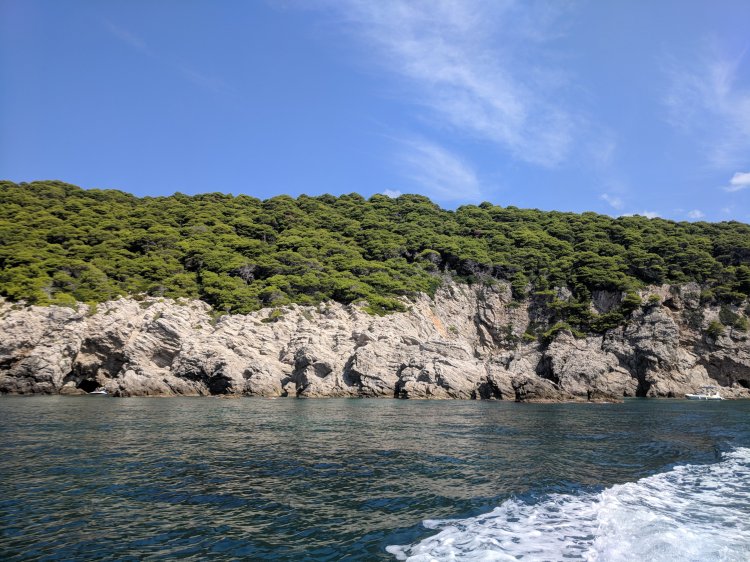 We made our way to the next island, which I think was named Lopud(?). There aren’t many cars on this island, so I guess you have to take golf cart taxis from one part of the island to another. We spent the first thirty minutes of the stay at the very sandy beach, Sunj. Only, three of us got off the boat, so we hung around the beach until we got bored and then headed back.

We circled the island to get to town for lunch.

The food was absolutely delicious. Highlights were the cheese plate, the squid ink bread (which didn’t really taste different but was still cool) and whatever chicken dish James got. My gnocchi was also pretty good.

We got onto the boat and made our way back to the start of the tour, where we got mild sunburns and watched someone bungee jump off of a bridge. 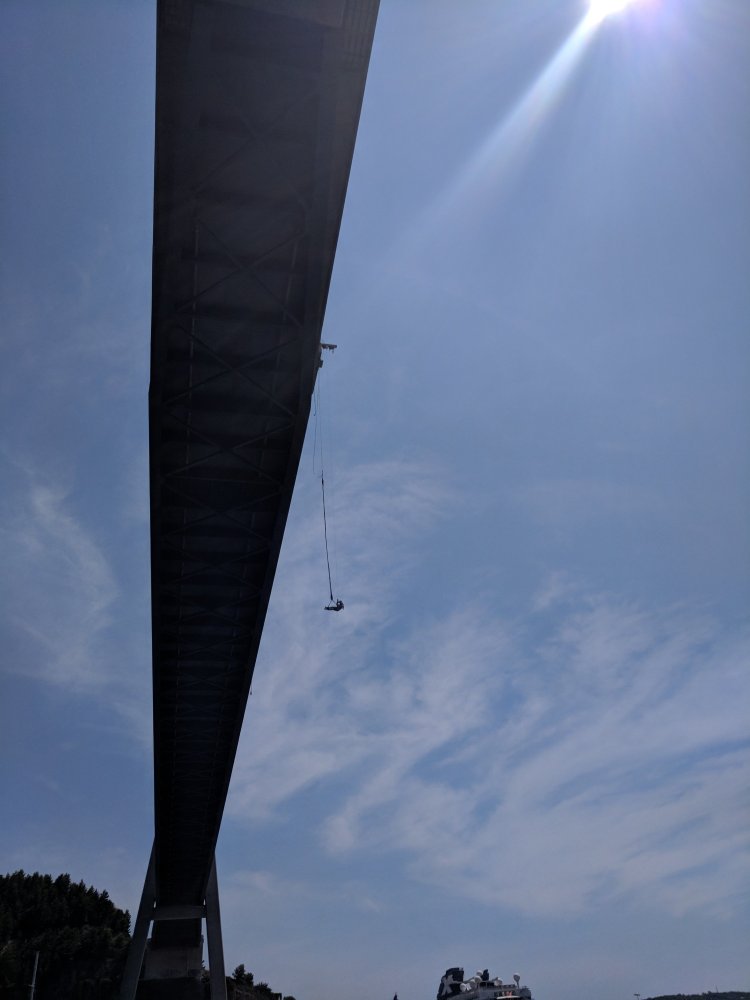 Also, when we were making obligatory Gilligan’s Islands jokes at the beginning of the tour, James didn’t understand why I said he would most definitely be Gilligan. On the trip back to the pier, he tried to watch Orange is the New Black on his phone (which didn’t work) and then fell asleep. He could alternately be the Professor, though. 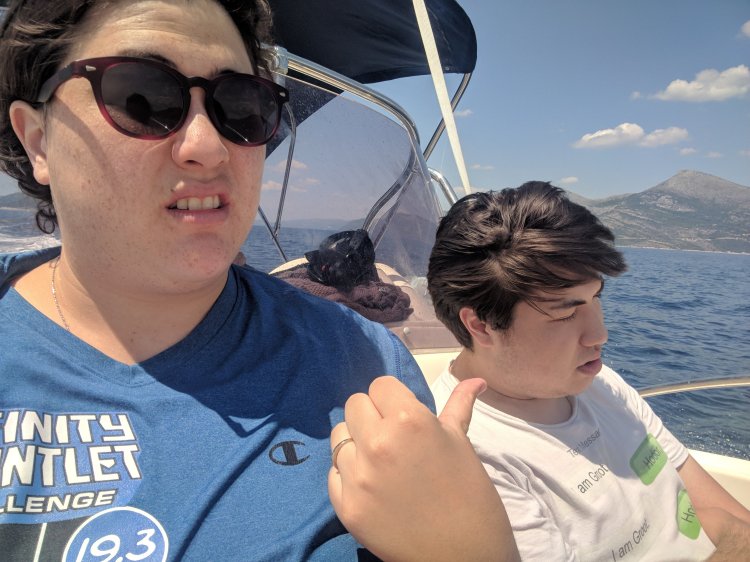 In the end, the boat tour was a lot of fun. I know Dubrovnik is a coastal beach town, but I didnt expect to get a boat tour and this much swimming into the weekend. It was a great way to miss at least some of the throngs of crowds and meant that we were in the water or keeping cool during the hotter parts of the day. If and when we come back to Dubrovnik, I’d probably stick with day trips to other parts of Croatia or some of the neighboring countries (Mostar has also been on my bucket list for a long time), but I really enjoyed the boat tour and would recommend it. 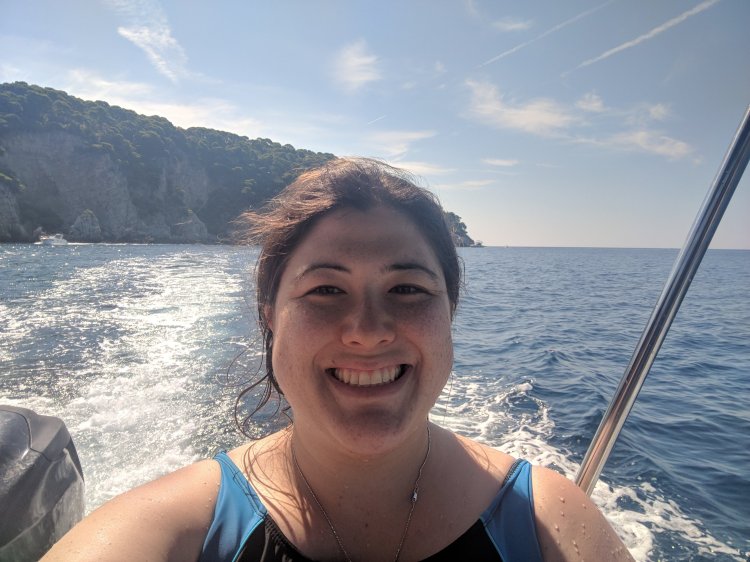 When we got back to the apartment, we ran into more apartment fiascos. Last night, the electricity in half of the apartment went out, including the internet, a/c and water heater. Every thing got fixed while we were out, but the water heater didn’t. In other words, we took very cold showers when we got back, which also meant that it took us forever to clean up and get out to the city again.

Will post more about Dubrovnik later. Until then, it’s almost time to say goodbye to this beautiful city as well as my poor waterproof camera. 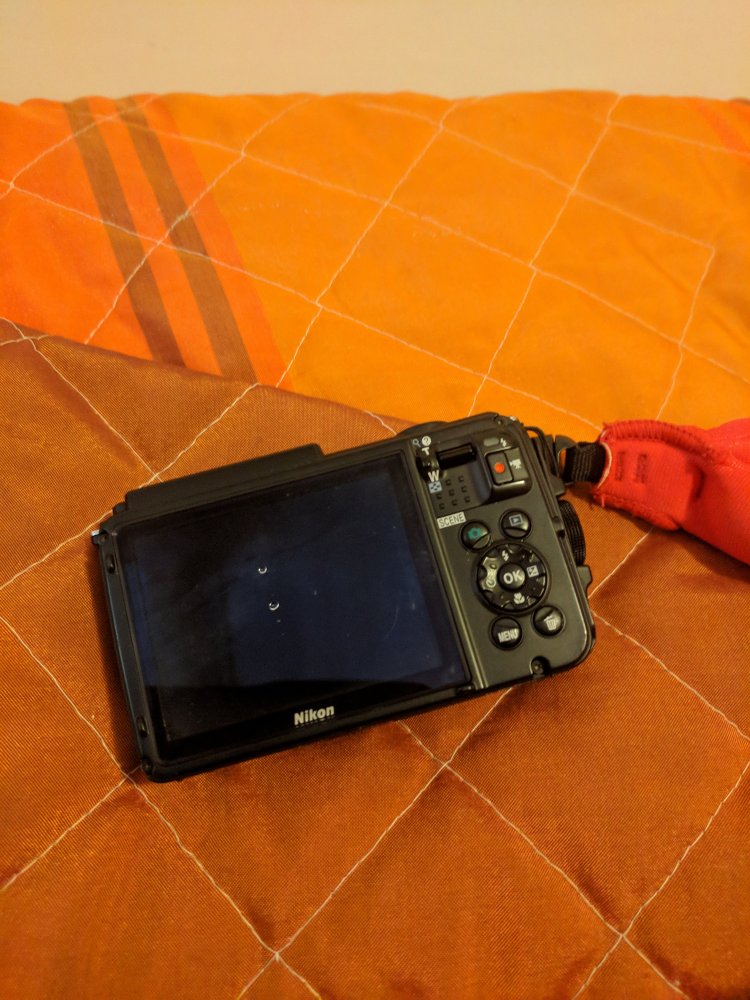 2 thoughts on “Croatian Islands in the Sun”