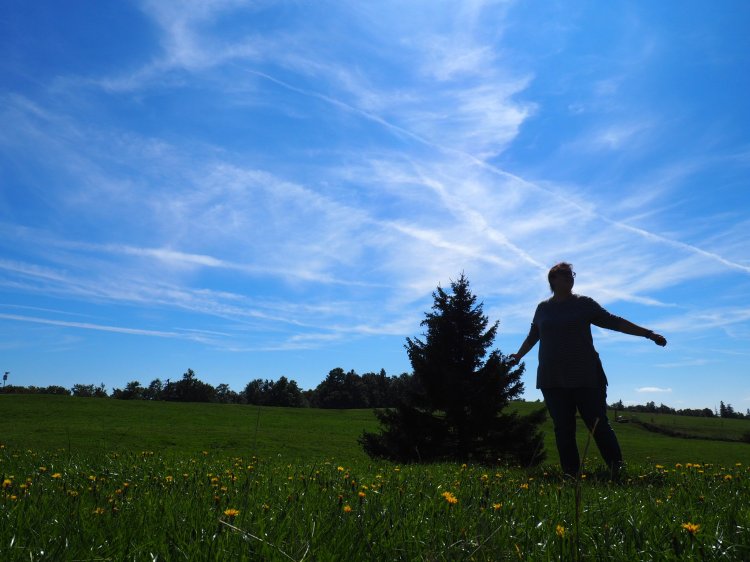 I had different iterations of what I wanted to do this weekend. Had I known that there was a shepherd festival in Zurich where they were judging the best looking “Swiss Bruce sheep” (actually called Valais blacknose sheep) on Saturday, I would have for sure gone to Zurich. I didn’t know about it and while doing research on Stein am Rhein started learning about Solothurn, a town an hour away from Basel that had a curious historical connection to the number 11. There are 11 museums, churches, fountains, and even the local beer is named eleven beer. I was intrigued and it was close enough for an easy day trip.

At 11 am on Saturday morning, I arrived by train into Solothurn. This actually wasn’t planned (I swear), but was a happy coincidence. I made my way from the train station to the old town to get to the big Saturday farmers market.
The Weekend Market 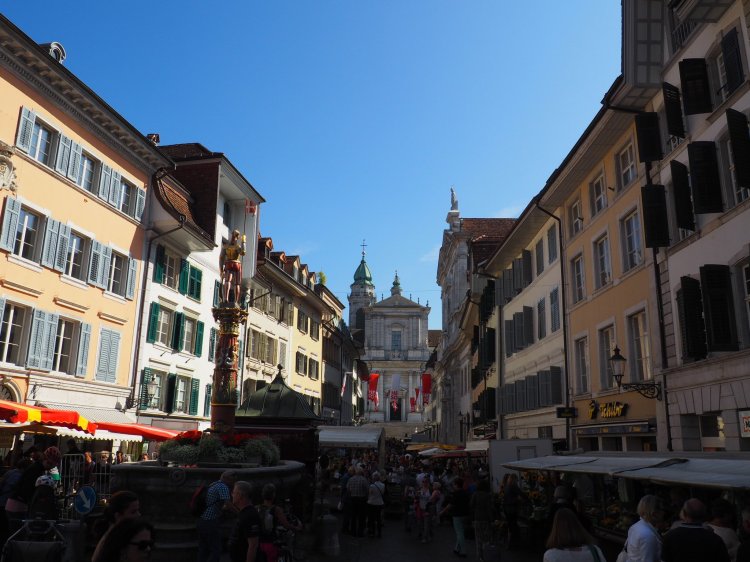 The market was crowded, but easy to navigate and explore. There wasn’t anything I was going to buy because I didn’t want to haul fresh food around for the day, but I looked at the various stalls and the assortments of food. I did, at some point, duck into a chocolate shop because I was lured in with the promise of ruby chocolate (it tastes like a fruity and tart version of white chocolate, in case you were wondering). I also bought some of the famous Solothurner cake to eat in the mountains.
The Cathedral 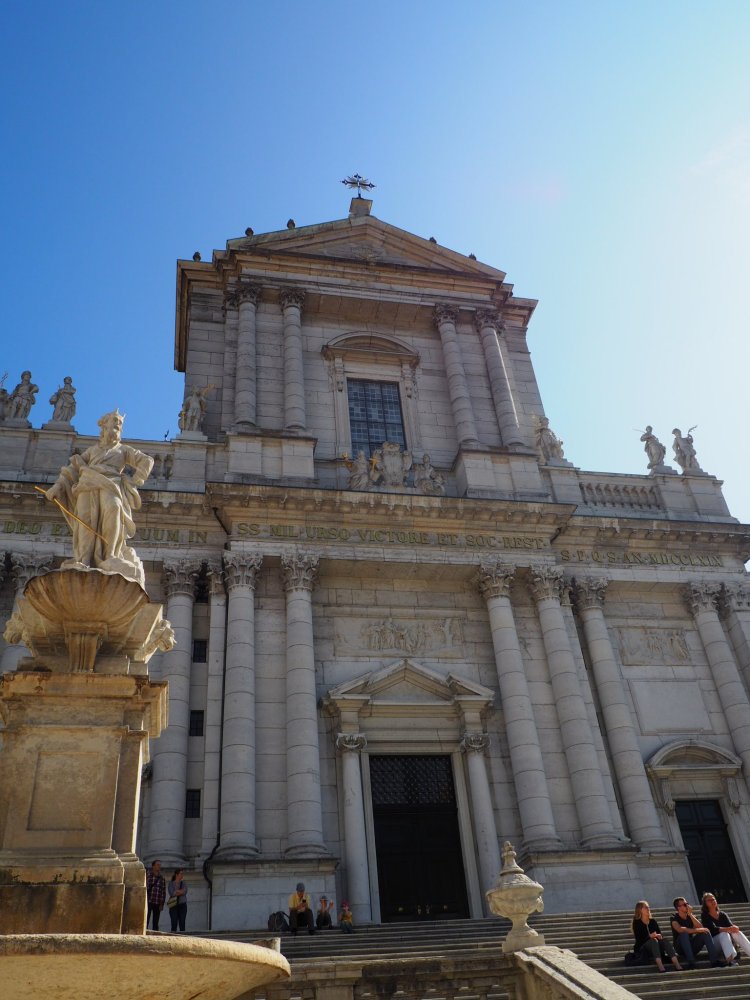 After finishing my trip around the market and obtaining the fourth chocolate, I went to visit Solothurn’s cathedral. The cathedral was quiet on the inside, much quieter than what I’ve been used to when visiting churches over the past two months.

As I mentioned previously, Solothurn is surrounded by the number 11 and this cathedral is certainly no exception. Among other things, it took 11 years to build and has 11 alters in it. 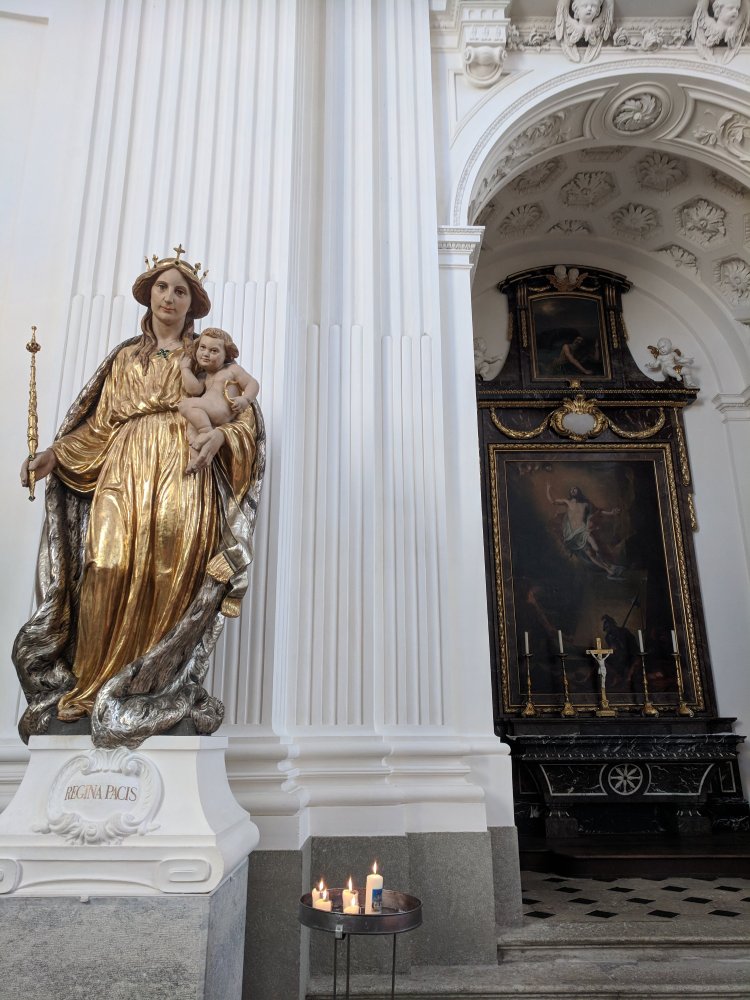 After the cathedral, I explored the old town a little further. I checked out the big clock tower (not the one with 11 hours), saw some of the fountains, and walked along the river. I even found a local board game shop, which was briefly exciting until I realized that all of the games were in German and would be of no use to me. Also, without Chris here, there’s no one to play board games with. So, I moved on. 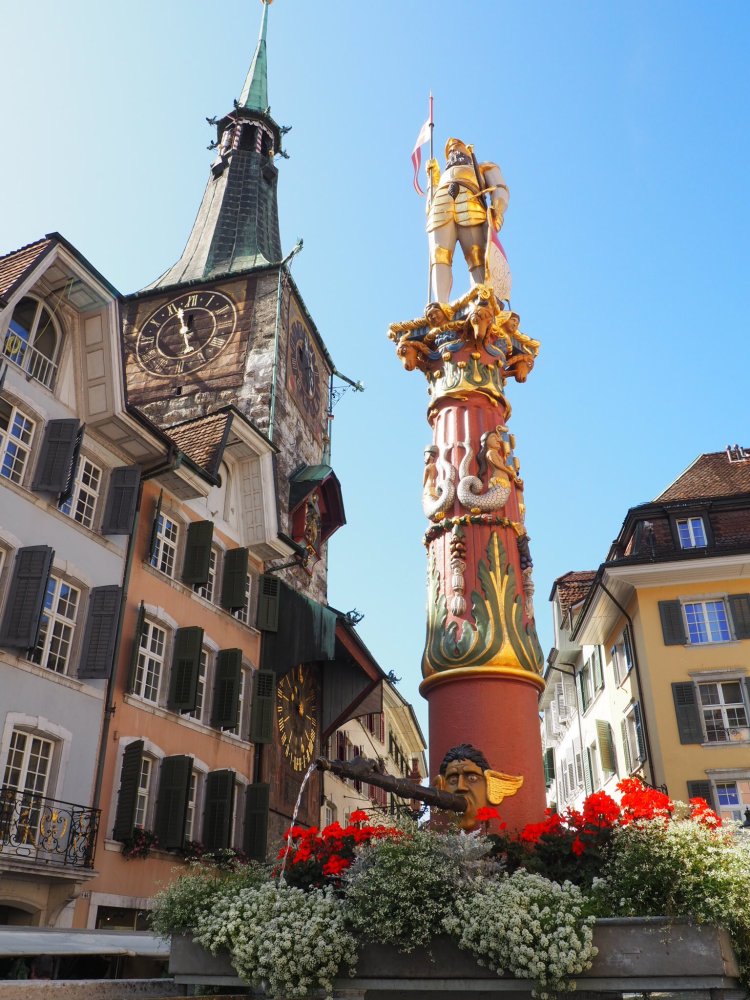 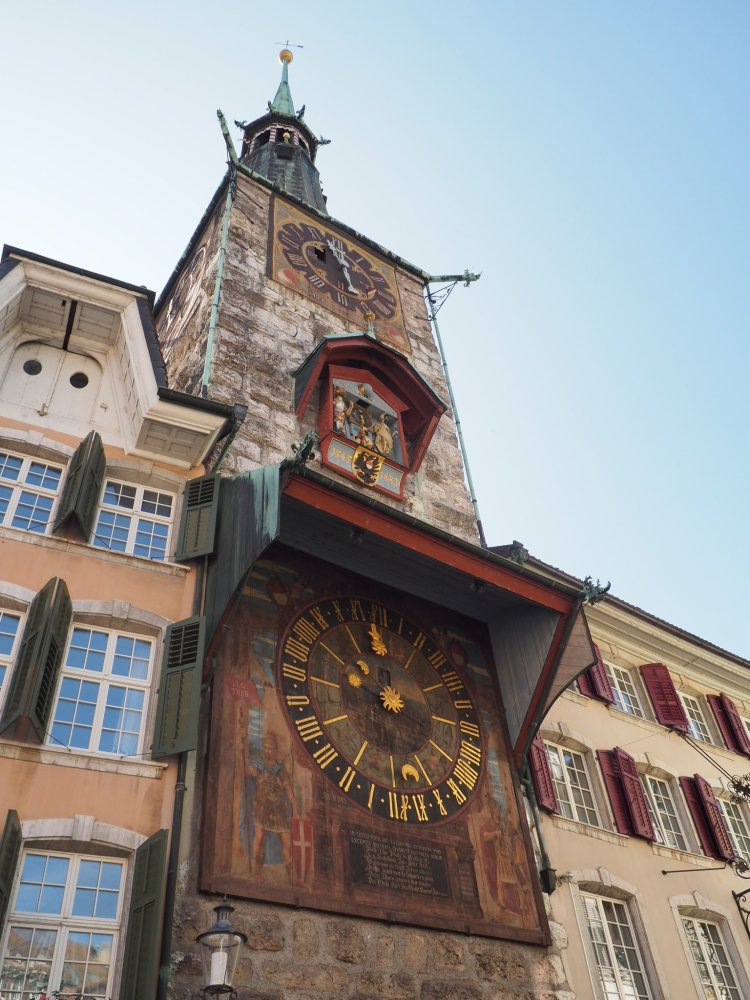 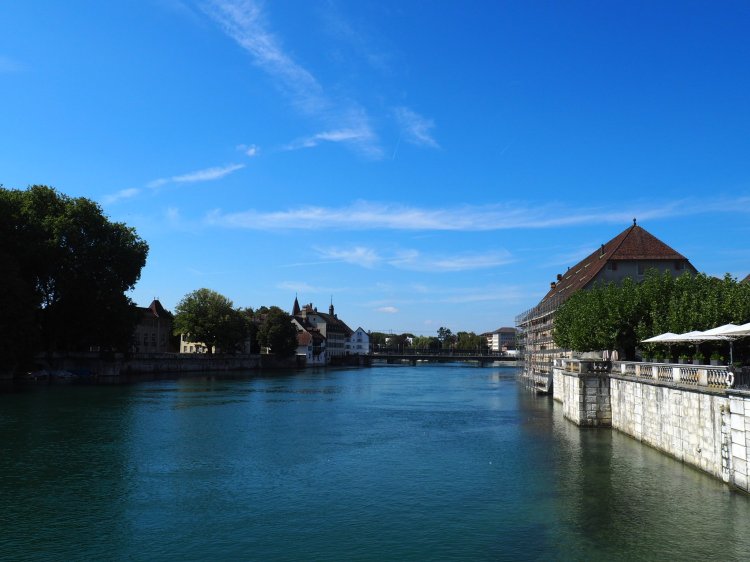 By this time, it was around noon, which made for a good time to eat so I could regroup and figure out how I wanted to spend the rest of the day. I found an Italian restaurant so I could have some pizza and plan out the day. It ultimately came down to two main options. I could either go to see one of the town’s museums (I was leaning towards the armory) or I could take a cable car up to the mountains and explore the mountain. As interesting as the armory sounded, the weather called for a trip up the mountain so my answer was made for me.

I had to take a train to the cable car station, but managed to find the famous 11 clock along the way. 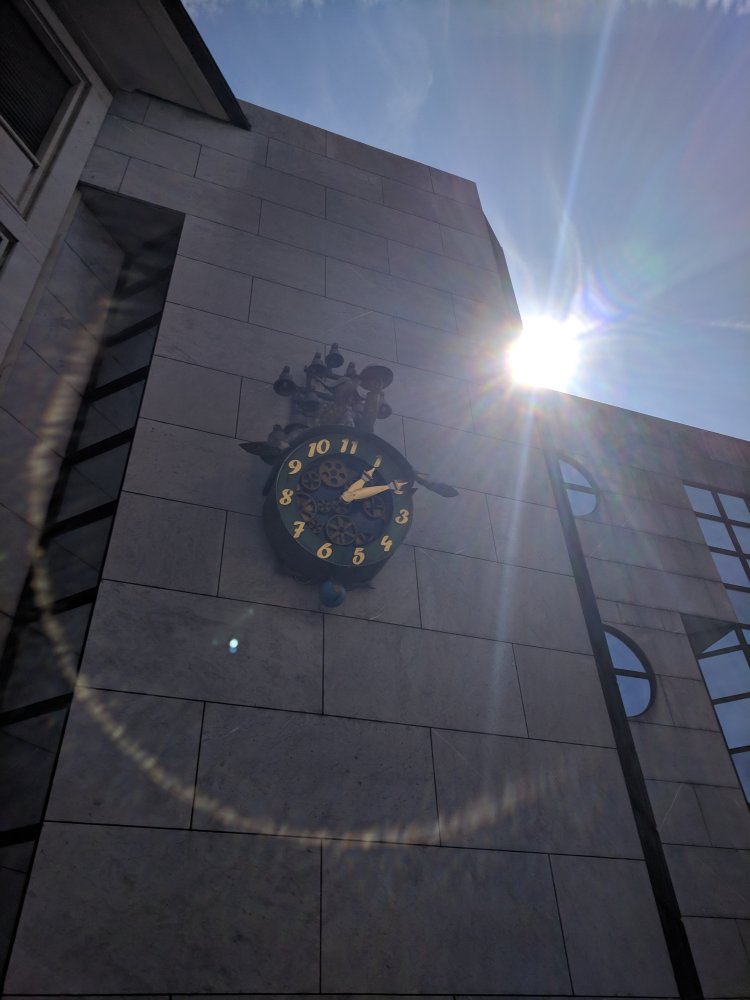 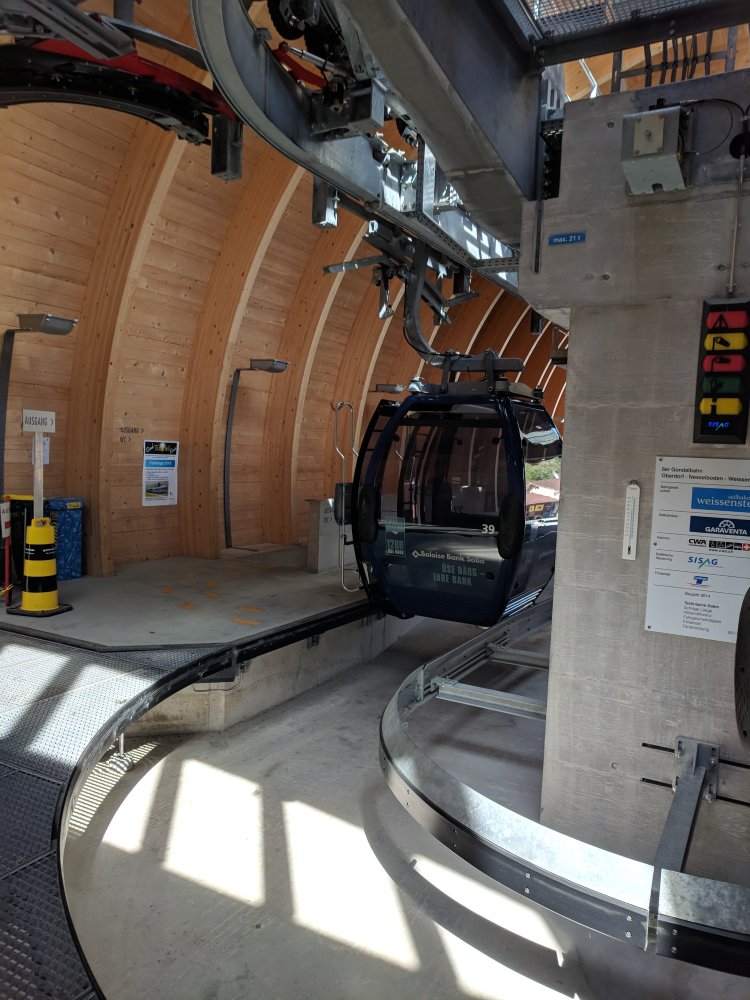 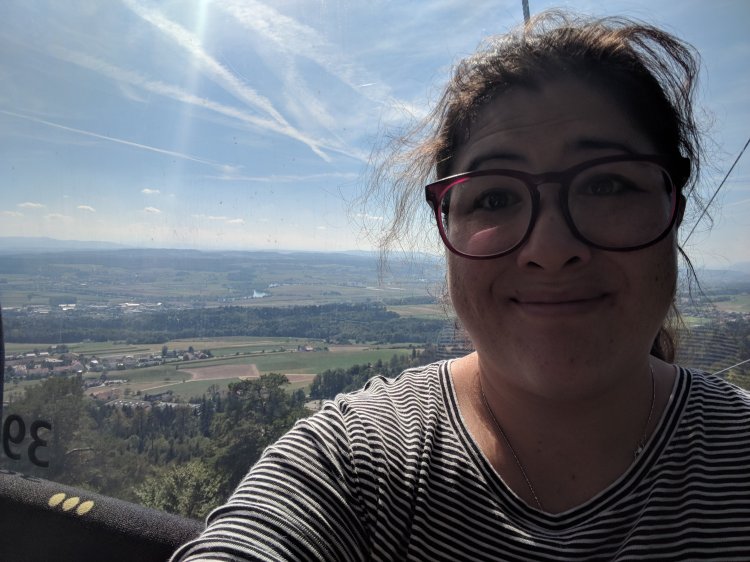 Once I got up to the top, I took in the view of the area (including the cows) and got my bearings. There are a number of hiking and walking trails in Weissenstein and I very quickly realized that, in my long sleeved shirt and jeans, I was ill-equipped for a hike. It wasn’t that bad, though, and I spent the next hour walking around the various paths. In an empty-ish area, I realized I could do my Sound of Music photo. It took a number of tries and a very bad photos, but I eventually got it. Unfortunately, I was too preoccupied with trying to get that photo that I completely forgot about eating my Solothurner cake! 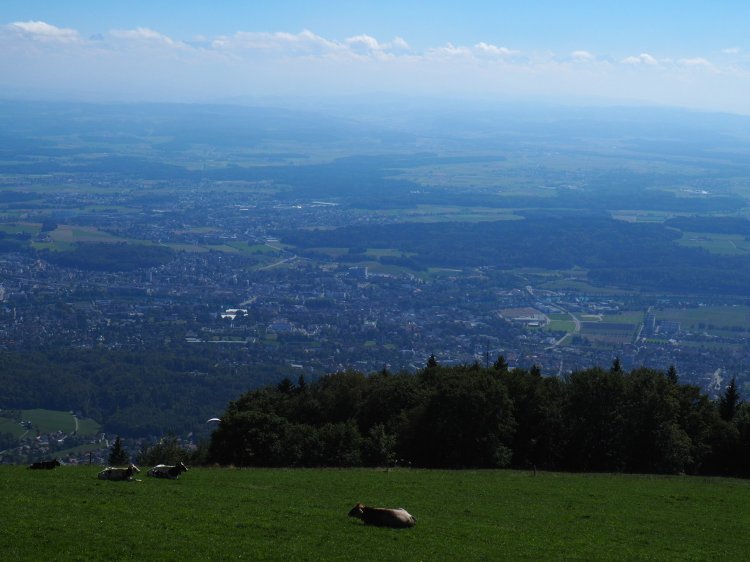 Eventually, I realized that there wasn’t much further I could go without investing in a longer hike and made my way back down the mountain.
Back in Town

Once back in town, I had one more stop that I wanted to make before I headed back to Basel and that was to see the Kunstsupermarkt (art supermarket), which is supposed to be a pretty cool place to visit. Unfortunately and despite what Google told me, the Kunstsupermarkt was closed for the day (or month?). It was also at this time that I realized that I forgot to order the Oufi beer with my lunch, so I figured I could try to find a beer along the way. This turned out to be surprisingly difficult and I ultimately failed at it. I first tried a craft beer store, which did not carry it. The Coop had a wide range of beers, but not the beer I was looking for. Neither did the store at the convenience store at the train station. So, I ultimately saved the beer for another day and headed back to Basel.

All in all, Solothurn was a quick and interesting day trip from Basel and the mountains were a nice change of pace. I even managed to make it home in time to go out to the shops, so it was a productive day all in all. Unfortunately, I do wish I planned the day slightly better. If I had arrived in town slightly earlier, I would have been able to make it to a tour of the town to learn more about the whole history of the 11 thing. Oh well. 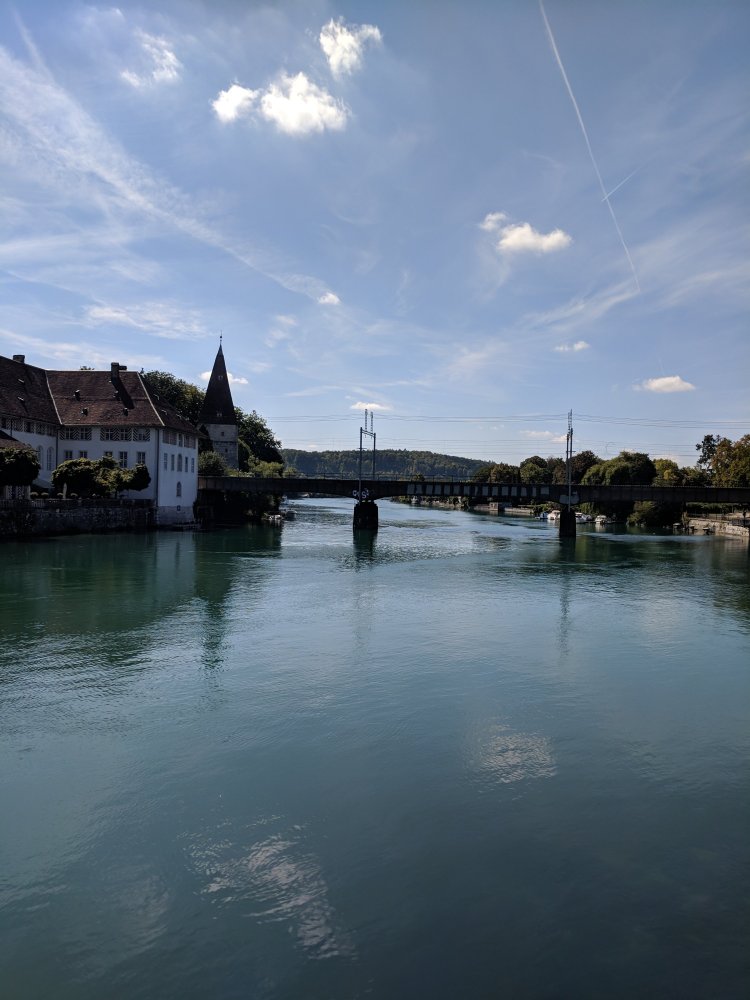