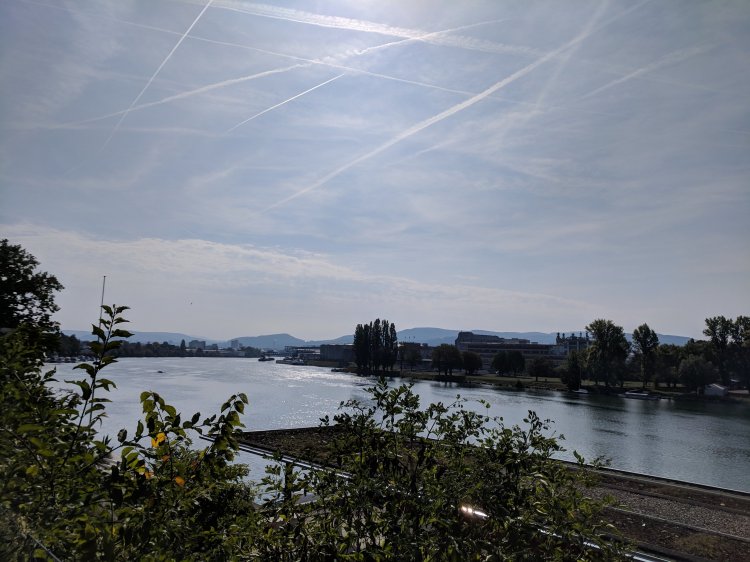 As I was walking home last night, I noticed some barriers and road closure signs, the tell tale signs of a road race. I looked into it to see if it was something I’d be able to join last minute race and learned that there is an annual event called Slow Up Basel where some of the streets in Basel and the surrounding area are closed off to cars for to use of bikers, runners, etc. The paths would make my Sunday long run a little easier.

I set out this with the intention of starting using the route that runs by me. I immediately identified that the event was geared towards bikers and not runners despite what the site said. I tried running along the sidewalk alongside the bikers, but there were unfortunately bikers on the sidewalk too. I then tried to veer away from the course but somehow managed to find them. I found a happy medium for the next couple of miles. Eventually, I grew tired of dodging bikers while running and just walked the last three miles.

So the long run was a semi-bust (kind of), but I also racked up a lot of miles on Saturday so I think I’m okay. If I had gone my initial route, I probably would have run into similar crowds anyway. The event is pretty cool, though. There were so many bikers and there’s also supposed to be course entertainment and food. I didn’t see it, but I didn’t get that far into the course.