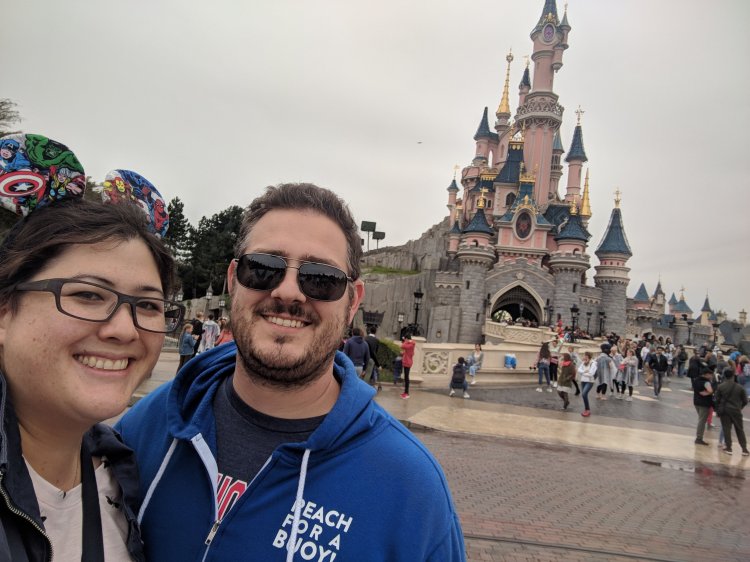 The last time I actually went into Disneyland Paris, the park was still called EuroDisney, so I’d been pretty excited about visiting the parks. Although I think we would have been more than happy sticking to one park, we got the two park hopper because I absolutely could not end the day without doing the Ratatouille ride in Walt Disney Studios.

The parks opened at 10, so we left Paris pretty early to get to our hotel, Hotel Santa Fe. It’s part southwestern theme and part Cars theme, which is funny because the last Disney hotel we stayed at was also Cars-themed. We walked got to Disney Village just around 10 and made the mistake of sitting down at Earl of Sandwich for breakfast. It ate up a precious hour of park time, after which we did get into Walt Disney Studios. 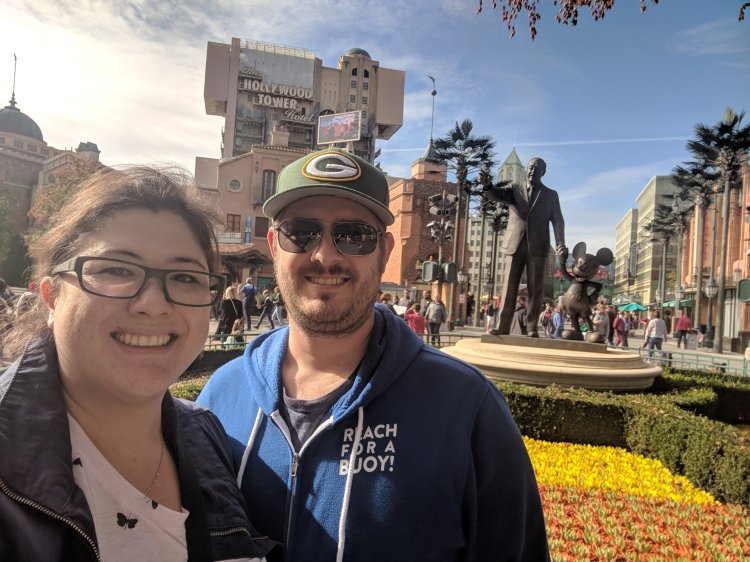 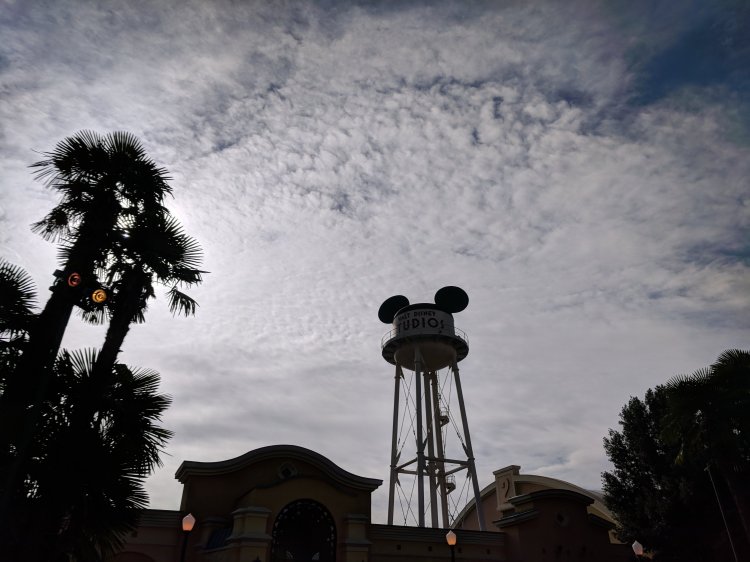 Walt Disney Studios is part Hollywood Studios and part California adventure. There’s a Marvel section, the Tower of Terror, a Pixar section, and the Rocking Roller Coaster. They even have a backlot tour, but I’m not really sure what the point of that is there. The first thing we did once we got into the park was make a bee line to the Ratatouille ride to get our fast passes, then we backed up a little to do Crush’s Coaster (another Pixar-themed ride that I think is unique to the Paris parks). 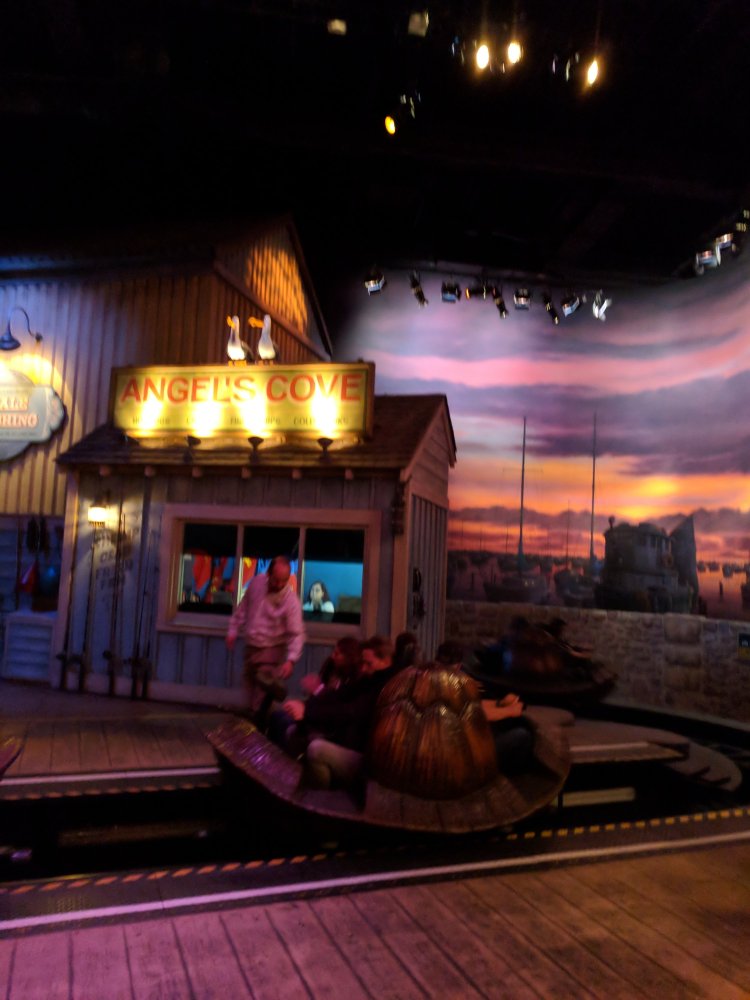 The ride is a roller coaster where the cars spin. It wasn’t too bad at first, until things sped up. That’s when it got pretty rough and Chris and I spent the next hour a little disoriented. By the time we got out of Crush’s Coaster, we had just enough time to walk around the park, but not really enough time to get onto any of the rides. The exception, much to my surprise, was Tower of Terror, but Chris refused to ride that with me. What a butt. Instead, we walked around the park (surprisingly small). We explored the Marvel section, failed at getting Fast Passes to the Rockin Roller Coaster, ate Groot bread, bought Disney gear, got way too excited about Spiderman and visited the Art of Animation. It was a productive 40 minutes. 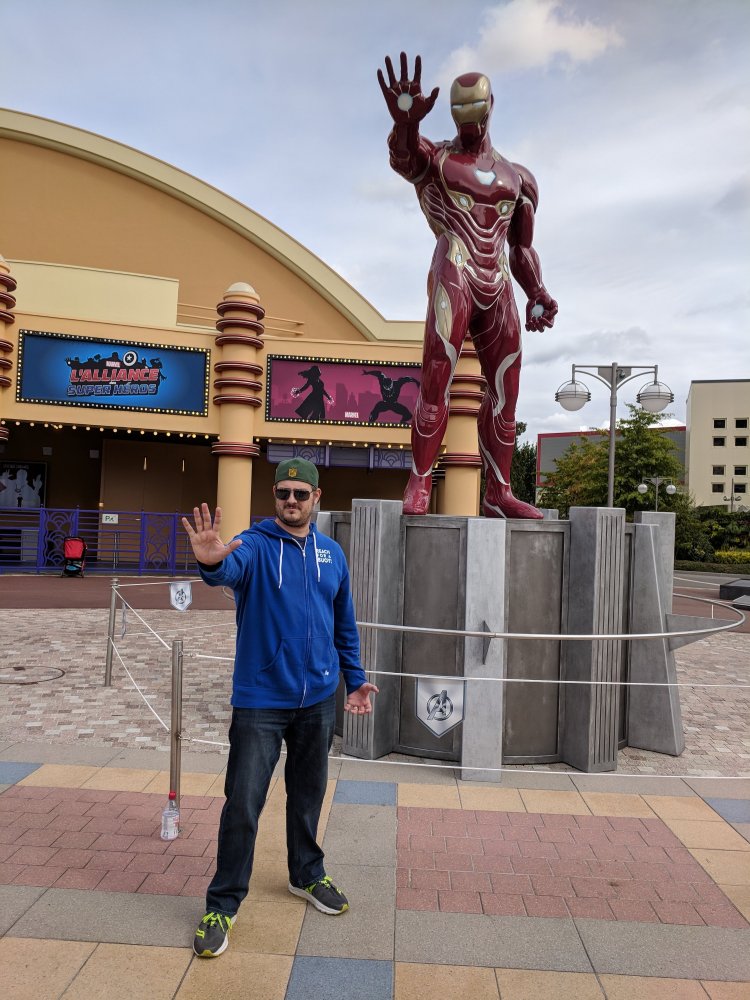 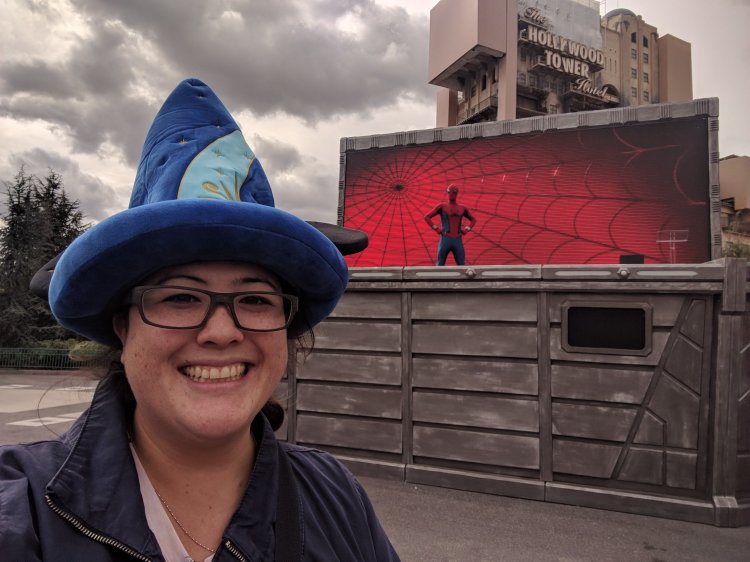 We also walked through the Toy Story section, which was kind of awesome minus the fact that none of the rides were good rides to go on after a spinning roller coaster. 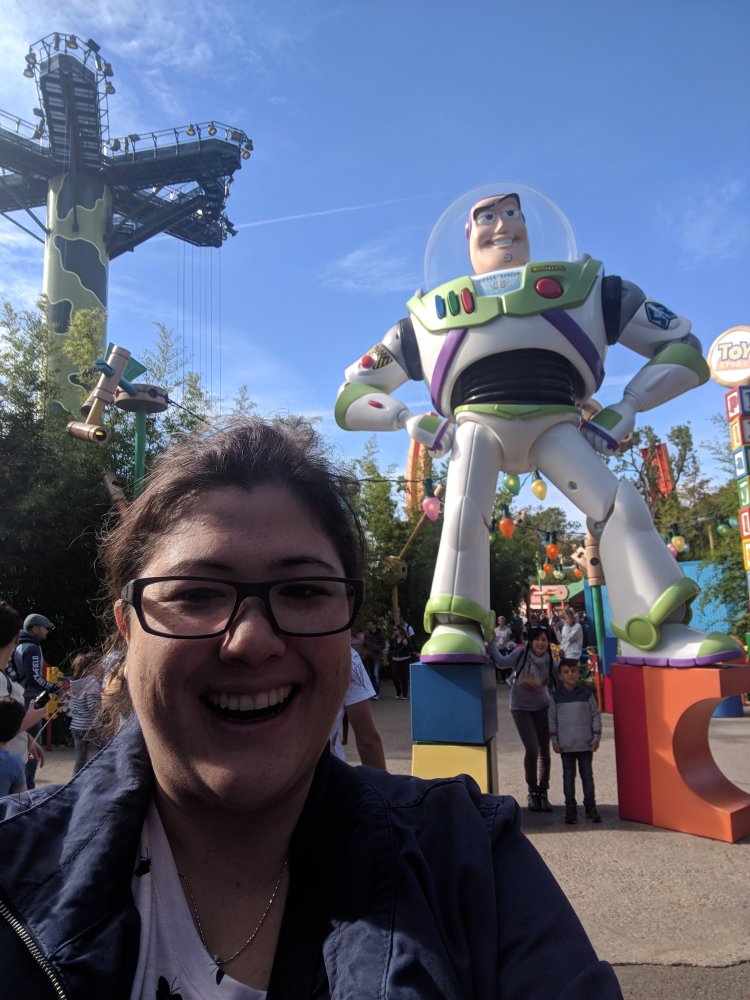 We finally did the Ratatouille ride, which was everything I wanted it to be. It was a 3D adventure through the kitchen in the movie. The ride was absolutely adorable and everything smelled like butter at some point. It would have been even better if it wasn’t for the screaming teenagers on the ride. Otherwise, the ride was perfect.

Once out of the ride, we partook in the food festival that was taking place in the park. In the Ratatouille area specifically, they had a number of stalls selling various regional French foods. We had some stuffed peppers, curry (Antilles), and wine. Unfortunately, they were out of ratatouille at the time. 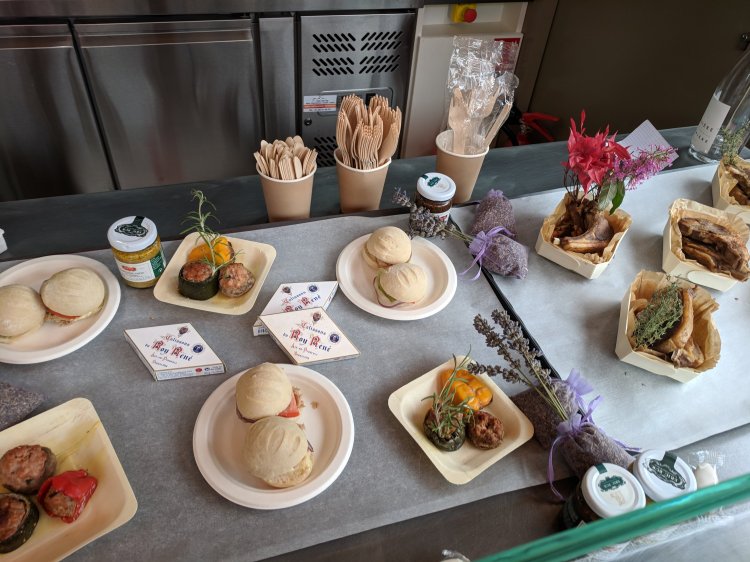 It was early afternoon at this point and time to switch parks and pick up our bibs. We ran into Disneyland quickly to pick up fast passes for the Indiana Jones ride before we left the parks to get our bibs, check into the hotel, and unload some of that stuff we’d accumulated during the first half of the day.

After a short break and the realization that we hit about 8/9 miles of walking by 4pm on the day before our half marathon, we made our way back to Disneyland. While we were waiting to get into the park, we found out that one of the rides that I had been most excited to ride in Disneyland (Phantom Manor) was closed for the day. If I recall, the ride is a much more intense version of the Haunted Mansion. 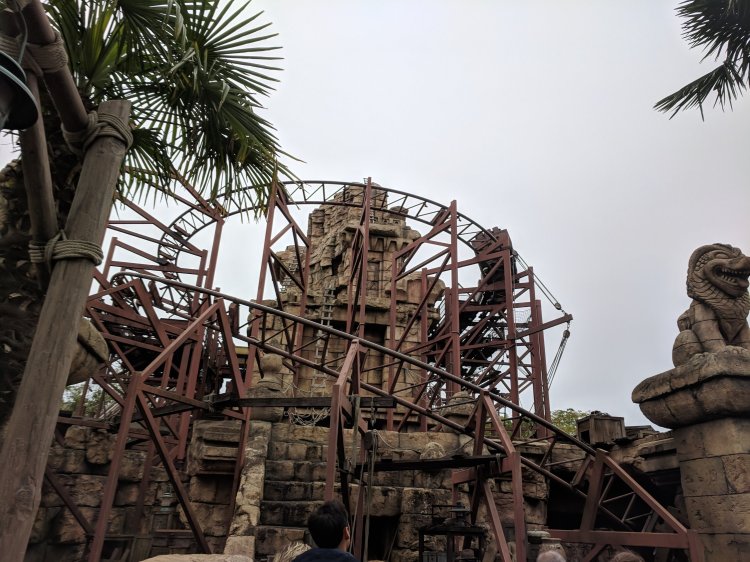 Instead, we made our way to the Indiana Jones ride. At Disneyland Paris, the ride is a roller coaster (with a loop!). Unfortunately, it meant that we didn’t get to listen to Sala tell us not to look into the Forbidden Eye five hundred times while we were in line. The ride was fun, but awfully short. 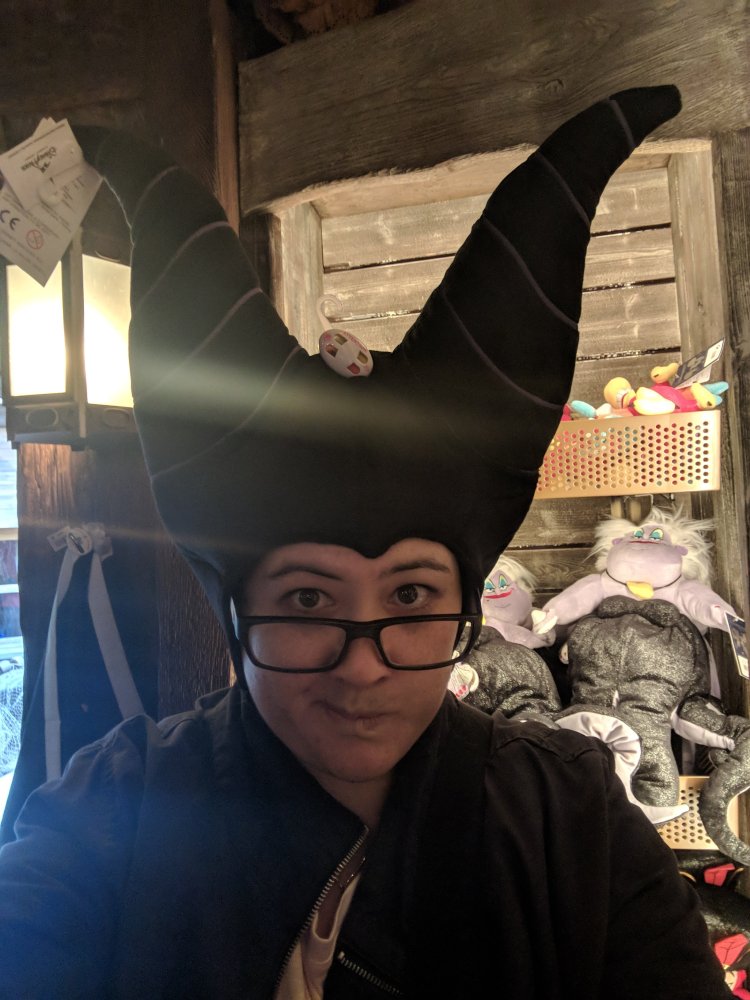 We failed at a couple of other restaurants along the way. There was the Hakuna Matata restaurant that was meh, the pizza restaurant that we briefly considered but decided against, the barbecue restaurant we didn’t find until much later. We ended up deciding on the Mexcian restaurant, in part because it was Coco themed at the time and also because it’s been a while since I’ve had Mexican food. I have to say, being in Switzerland made the Disneyland food prices not so bad. The burrito I got at the park was significantly cheaper than the burritos back in Basel. Although the guacamole in a tube was kind of sad. 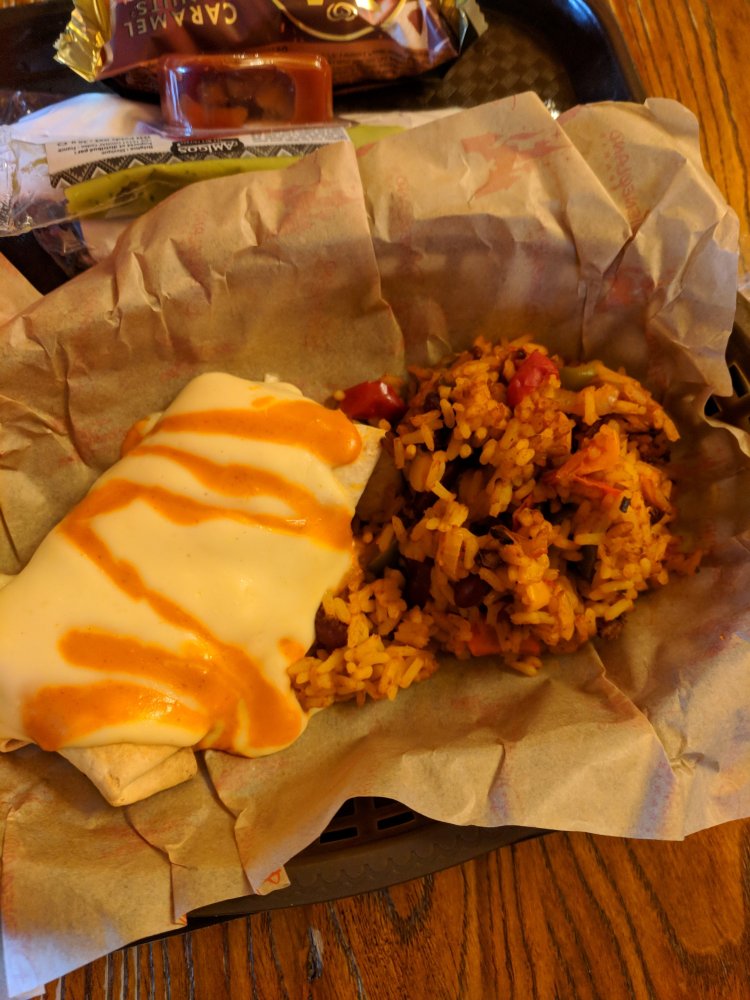 While eating, we checked out the lines for our other usual contender rides at Disneyland. According to the app, Star Tours had an obscene three hour wait and both Buzz Lightyear and Hyperspace Mountain were broken down. So, we made our way to Fantasyland.

The other attraction I was hyped for besides Phantom Manor was Sleeping Beauty’s Castle. The thing that sets this castle apart from the castles at the other Disney parks is that you can walk through the castle. They’ve got stained glass, tapestries and, of course, the wheel. Oh, yeah, also they have a dragon, which is what makes it the best Disney castle. 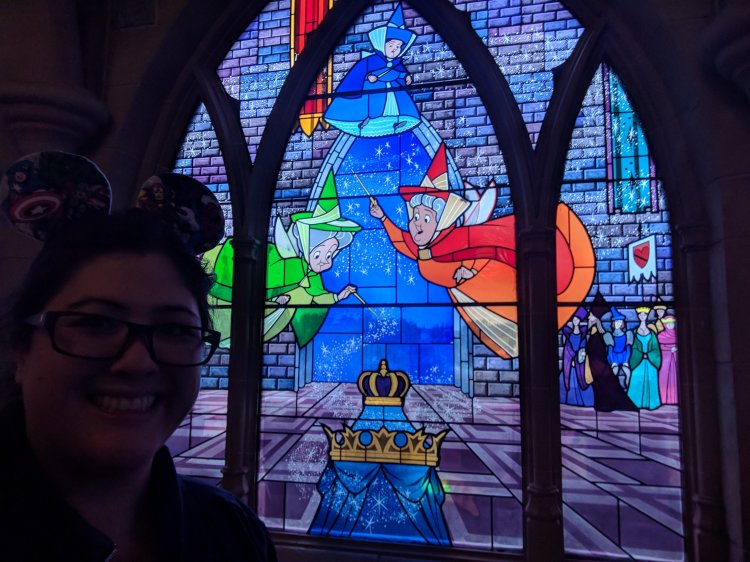 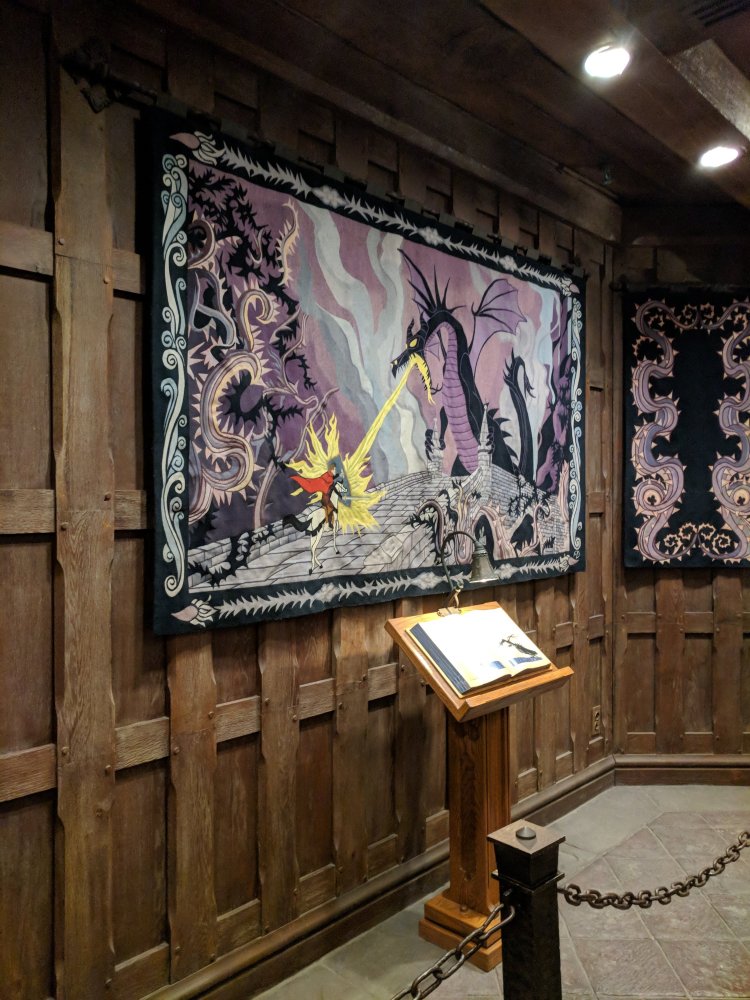 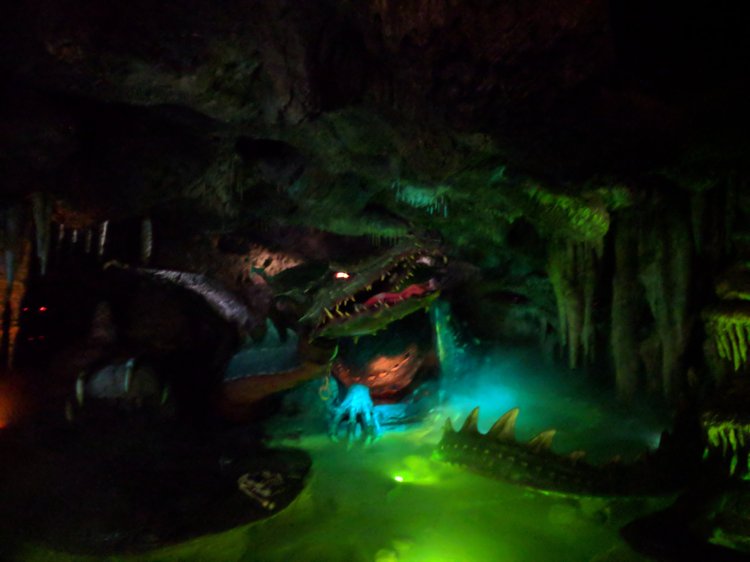 As a side note, I’ve spent years thinking that the castle at Disneyland Paris was Belle’s castle because Belle was in the name. I was just being stupid, though, because belle is just the beauty part of Sleeping Beauty.

From the castle we went to the Alice in Wonderland maze, which was significantly larger than I remember. It felt like we were in there forever. Now, I love Alice in Wonderland, so typically this would be heaven. Unfortunately, each step was another pre-half marathon step, so we probably racked up a few too many steps during the maze. It was also incredibly crowded. 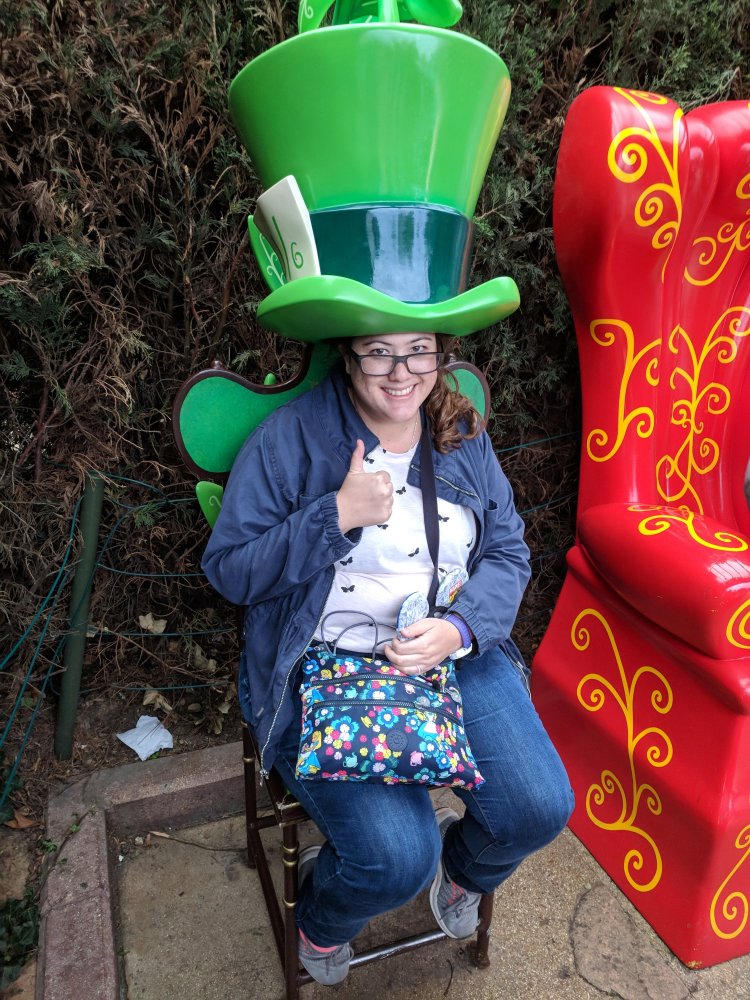 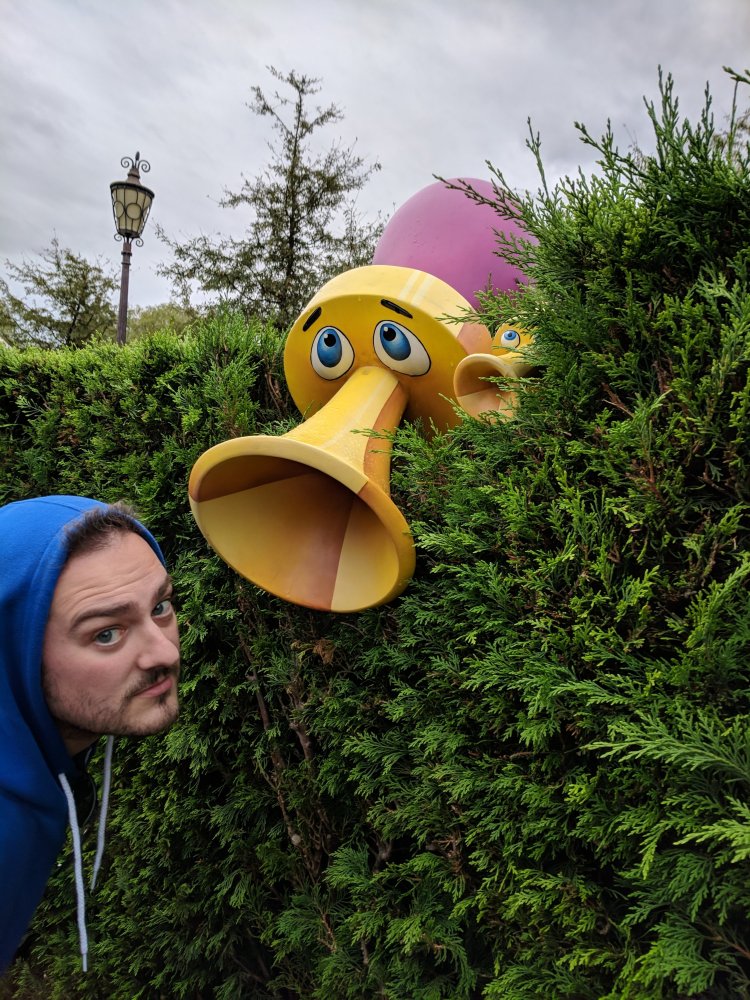 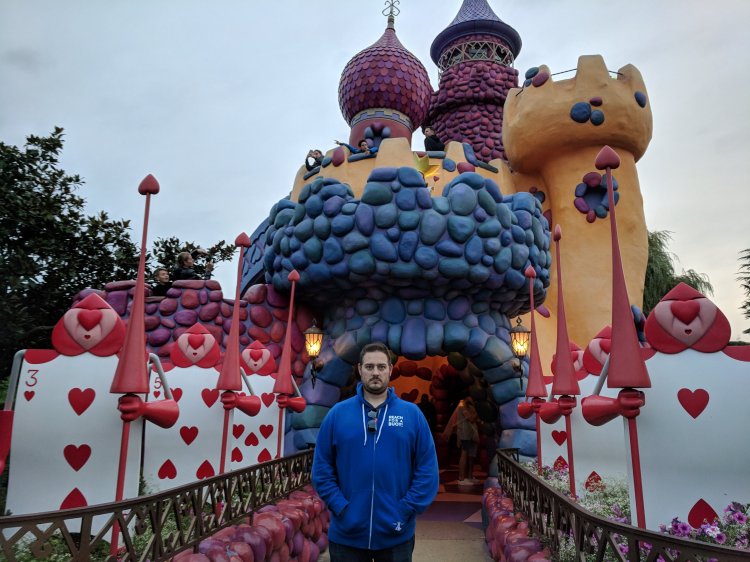 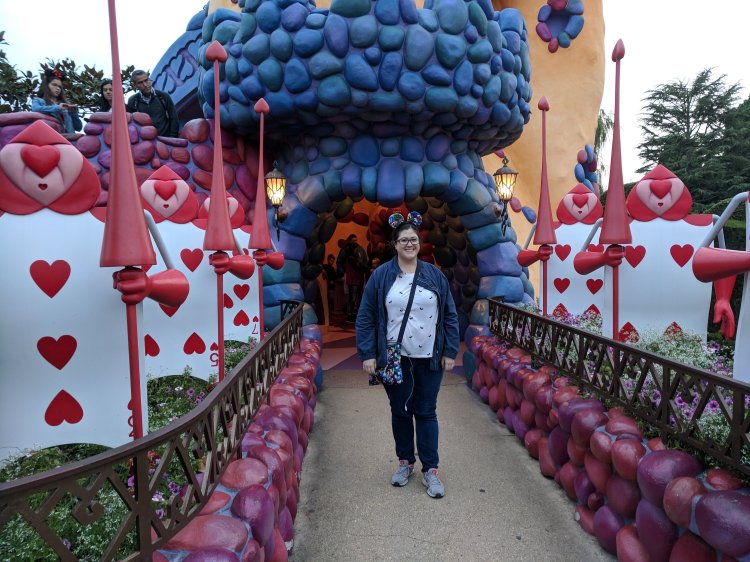 Chris refused to ride It’s a Small World with me, so we walked to Discoveryland (aka Tomorrowland) to try to ride either Buzz Lightyear or Hyperspace Mountain. Unfortunately, Hyperspace Mountain was still closed and while Buzz Lightyear did open up again, we didn’t want to wait in line for 80 minutes after being on our feet pretty much all day. So, we decided to stop by the Star Tours gift shop to find socks for someone who decided to forget to bring socks with him for a half marathon, and made our way out of the park.

By the time we got back to the hotel, we racked up somewhere between 12-14 miles of walking for the day. I think I was in more pain Saturday night than I was on Sunday night, actually. Nevertheless, it was a fun day. I become hopelessly basic in Disneyland. I also was very close into falling into my old habits and very nearly upgraded my ticket to an Annual Pass. 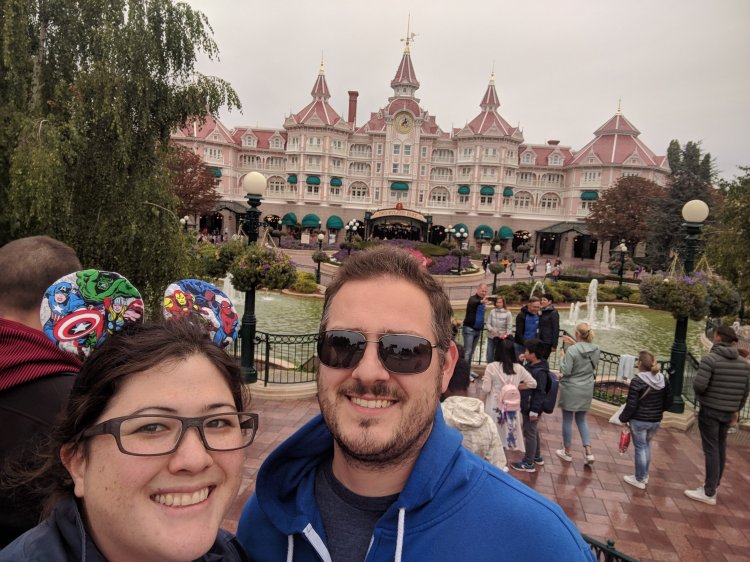