Last Friday (January 18) was the annual Museums Night (or Museumsnacht) here in Basel. It’s an annual event every January where most (all?) of Basel’s museums are open from 6 pm to 2 am with special programs and giveaways throughout the city. It was something I wasn’t going to do at first because I assumed it’d be a night of clubs and loud music all night, but the programs sounded interesting. I figured I could check out a few spots for the 24 CHF of admission and be home by nine if it truly wasn’t my thing.

The night turned out to be a lot more of an adventure than I expected. I didn’t expect to see so many people wandering the streets and in all of the museum. You also don’t get the full impact of how many museums that are in Basel until they’re all at your disposal in one night. I started off the day with a general itinerary of activities I wanted to hit during the night. At some point, though, the true joy of Museumsnacht was just to wing it and follow the mood, crowd and your whims.

I started the night at the Basel Paper Mill. Sure, it seems strange to start with one of the museums that I have been to, but the museum continues to be a great place to geek out at. That and they were using a printing press to press text onto noodles. 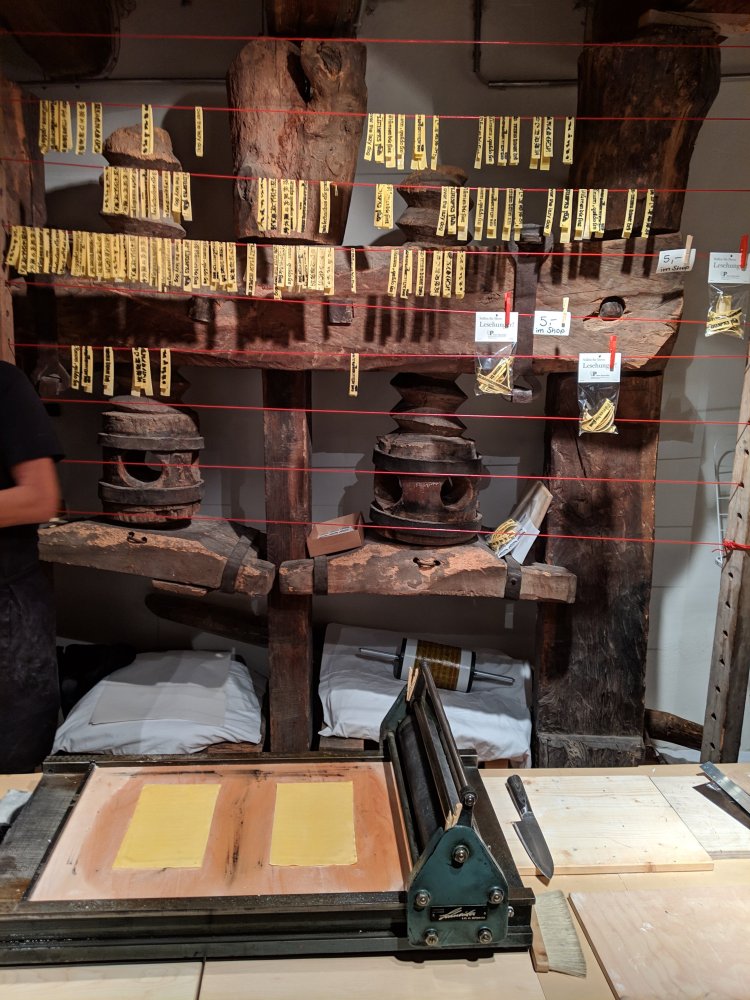 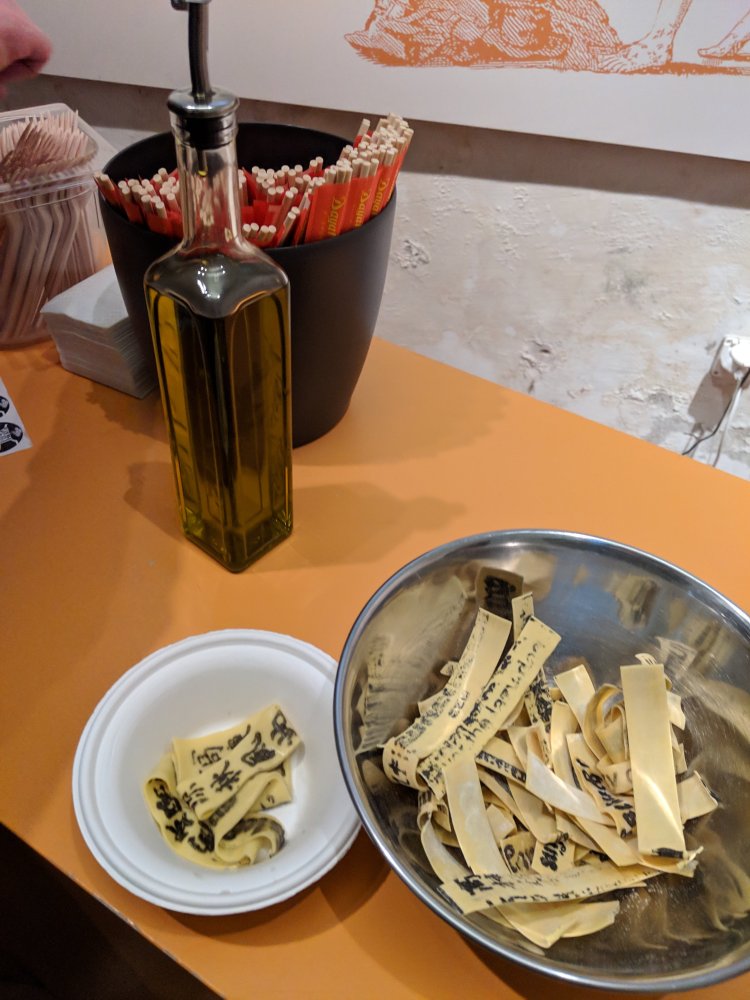 The noodles were edible too, or at least I hope they were because I may or may not have eaten some. I also spent quite some time on the top floor of the museum watching some artists engage in art of Scherenschnitt, which is the traditional Swiss paper cutting craft. It absolutely mesmorizing to watch and I could have stayed there for a while. The designs were so elaborate. But, alas, it was Museumsnacht and I had places to go and things to see.

I made an unplanned stop at the Kunstmuseum Gegenwart location as it was just up the street. There was a lot of modern art and most of the exhibits were centered around a big war games exhibit that I’d seen advertised for a while. It was fascinating, if not a little unnerving at times. 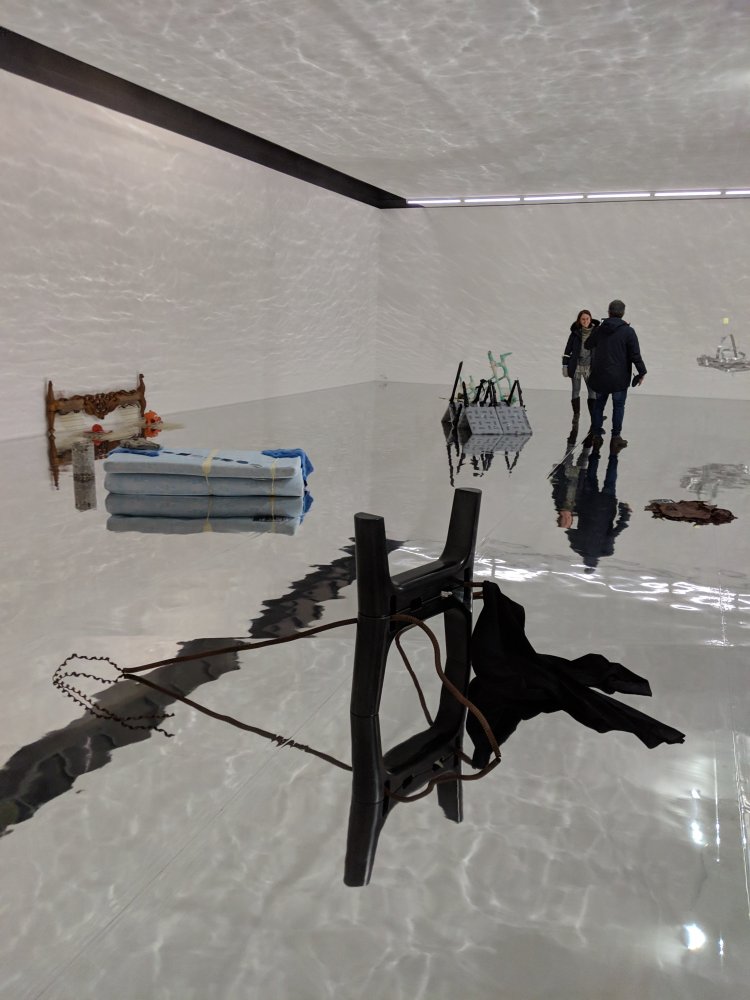 After a brief interlude for some glühwein, I continued on my adventure. My next stop was actually the Cartoon Museum because they had a whole crime solving event going on and that sounded exactly like something that I would go all out for. Unfortunately, as I approached, I could tell that many other people found that event appealing as there was a long line leading out the door.

Instead, I ended up at the Antinkenmuseum, which is full of ancient statues and antiquities. There was a big exhibit on nudity in classic art and there were supposed to be live statues wandering the event, but I saw none of them. Aside from a surprise baby mummy in the Egyptian section, this one was a lot of fun and I probably could have spent a lot more time in there. Unfortunately, it was also incredibly hot and stuffy inside, which is not something that blends well with glühwein.

From there, it was up to the Munster to walk along the cloisters in the dark. There was soemthing a little eerie about how dark it was. There were several musicians preparing to play music, but I cut out before any of it started. What I did end up catching was the inside of the Munster, something that I realized that I had never seen.

I don’t remember what museum I was trying to get to after that point, but there was a musical performance going on that I wanted to check out. I somehow got museums mixed up (as one does) and ended up at the Basel History Museum. The coolest thing about this museum was the exhibit dedicated to the Dance of Death painting.

One thing I noticed throughout the city on the adventures from the night was that there were a lot of people wearing top hats with rabbits in them. I really wanted one and didn’t know where to get one until I saw an enormous line coming out of the Dollhouse Museum. I remembered that they’ve had a hat thing going on for quite some time and it all suddenly clicked and I knew where to go.

The line took forever, but I got to see bits of the museum on the way up to get it. The museum had a bit of a creepy Pretty Little Liars vibe to it, but it was also impressively jam-packed with stuff. The hat collection was the best part, though. After about an hour, I got my hat too.

Somehow, it was 11 pm at that point. While I probably could have thrown a few more stops into my itinerary, I had also started to get very sore from what turned out to be a lot of walking. For some reason, this meant that I had to take a relatively long walk out to the Sculpture Museum because they had a whole Harry Potter theme going on. Most importantly, there was a Harry Potter trivia/scavenger hunt event, but it was in German as was the lecture on what looked like comparisons between ancient folklore and Harry Potter characters. I walked around the Sculpture Museum a little longer, but decided that it was probably time to start heading home. 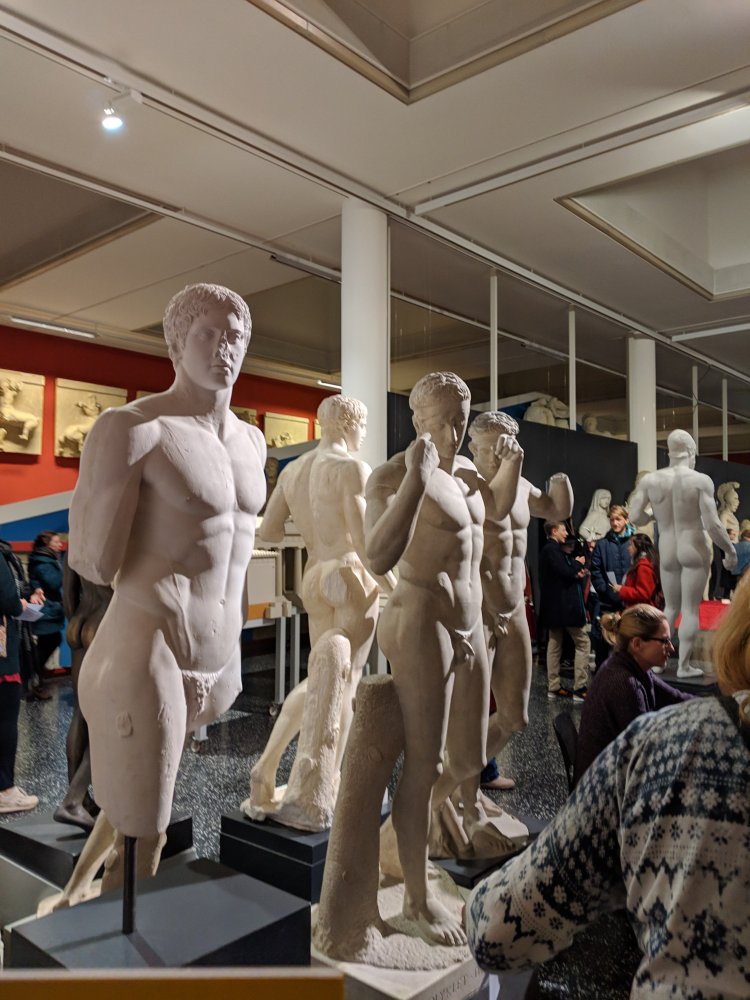 I honestly did not expect to have so much fun during Museumsnacht, but I was pleasantly surprised. What’s crazy is that I only hit a small fraction of the events of the night. There was so much more that I had flagged to do for the night when I was planning my agenda. In the end, though, there was something fun about the somewhat aimless jaunt around town. I saw a number of museums that I don’t think I would have otherwise seen while I was here. I should still try to get out to the Natural History Museum, though.

3 thoughts on “Wandering Basel: A Night at the Museums”