So today is Chris and my third wedding anniversary and, in two days, it’s the fifteenth anniversary of when we started dating. Weird, yeah? So, I guess it’s fitting that today’s post is about our trip to London, where he went back to the US. It was the third of a series of trips in which I either met with or parted ways with Chris, but it was also the bookend of a two month stint of back to back travel. Coincidentally, that period started with another trip to London that involved a West End show.

In reality, this trip turned out to be pretty different from what we had initially planned. Chris has wanted to see Stonehenge, so we were going to make it happen this trip. I even splurged and got us one of those tours that leave ridiculously early in morning so you can get into the inner circle before opening. Unfortunately, due to some conflicts, we ended up having to fly in on Saturday morning, thus requiring me to cancel the tour (refundable, yay) and reschedule the weekend.

There were no EPL games in town that weekend and we didn’t know until we got there that there was an FA Cup game at Wembley on Saturday. Instead, I got the go ahead for another West End show. I wanted to spare Chris two Sondheim shows in a row and Man of La Mancha with Kelsey Grammar was not yet in town. Chris also begged for a non-musical, so we decided on stage version of The Twilight Zone. We scheduled dinner with some friends and then wing the rest of it. We thought about doing a tour of one of the big soccer stadiums, but didn’t really end up having time.

After getting to into town and settling into our hotel, we set out for Borough Market for some food. We had somewhat early dinner plans, so it was one of those “eat because we were starving but don’t eat too much” situations. Borough Market was absolutely jam-packed, so we split a rice bowl at the Japanese stand and got some empanadas. It was enough to be satisfied even if the rest of the food looked and smelled delicious. 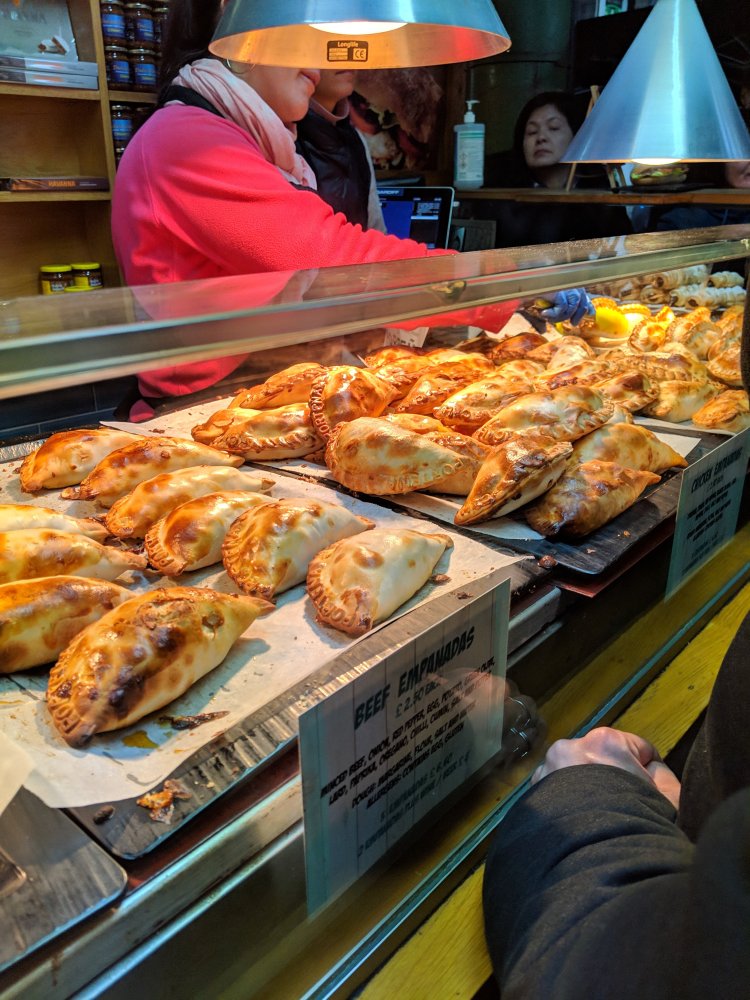 We went from there to Covent Garden because I’d wanted to do Jubilee Market on one of our trips. We ended up buying Mia a framed moth for her and Elliot’s weird bug collection. Don’t worry, it was a pretty moth. 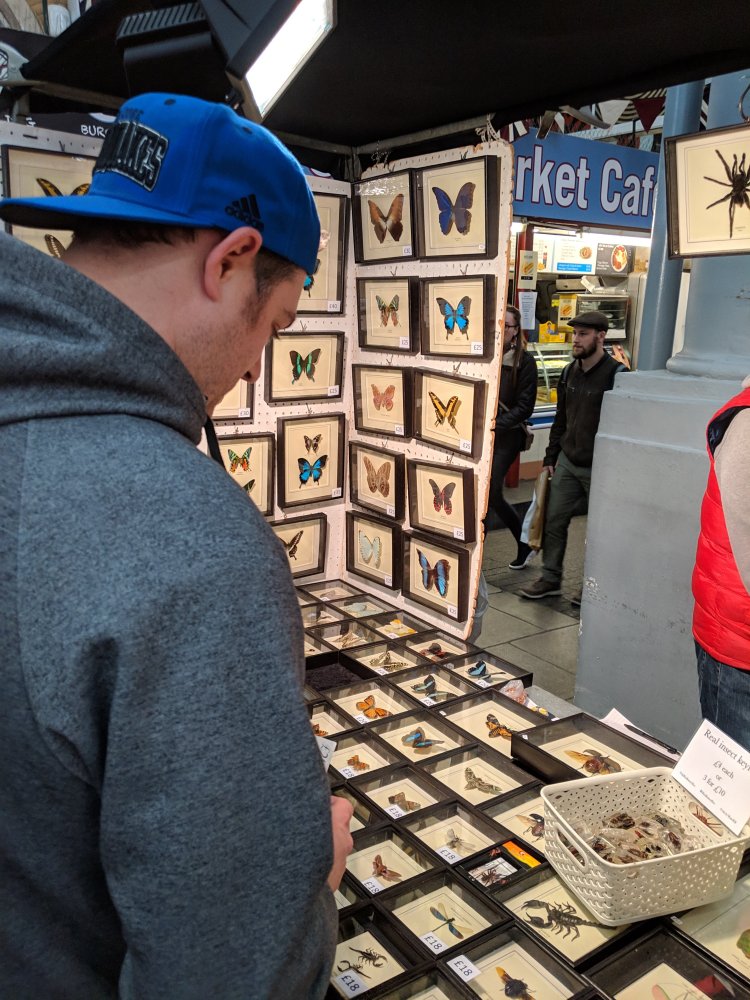 We spent the rest of our time hanging around in the Royal Opera House. We just missed the last tour of the day :'(, so we hung around the cafe for a while and then wandered around the areas that were open to the public. It’s a surprisingly quiet place to hang out in the middle of crowded Covent Garden and there are nice views. 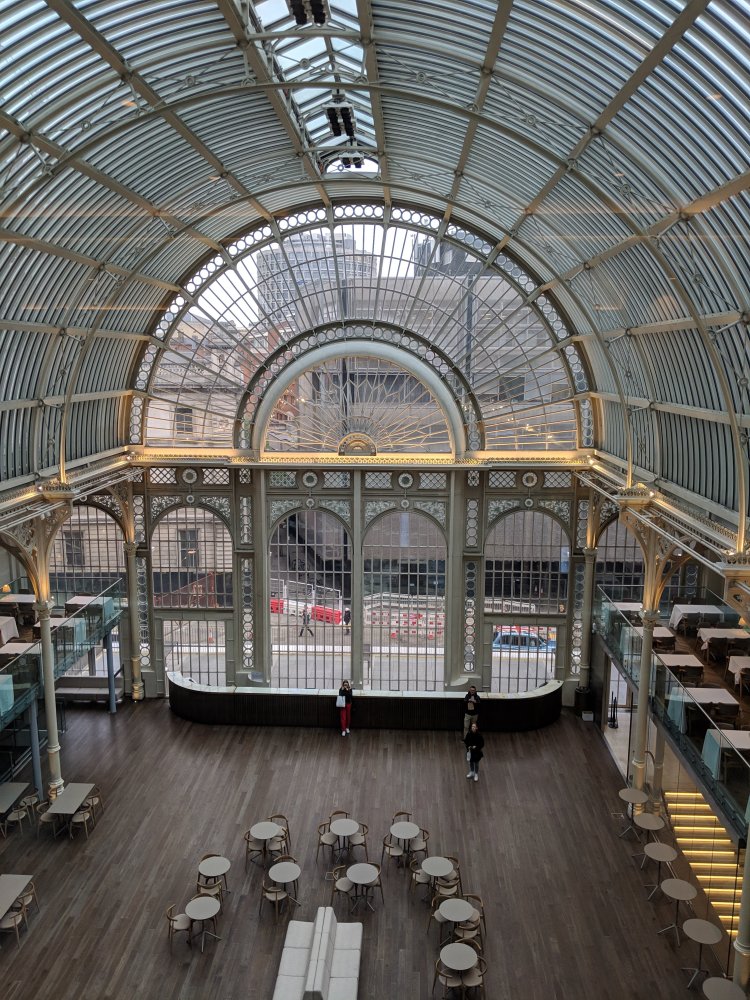 We met with Kyle and Elizabeth at the Lamb and Flag pub. Actually, our initial plan was to eat at some restaurant in a former brothel, but we could only get 4 pm reservations and this seemed like it’d be a little too early for dinner. So, we went for fish and chips instead. The restaurant was also pretty cute. We caught up for quiet some time and actually barely made our play. 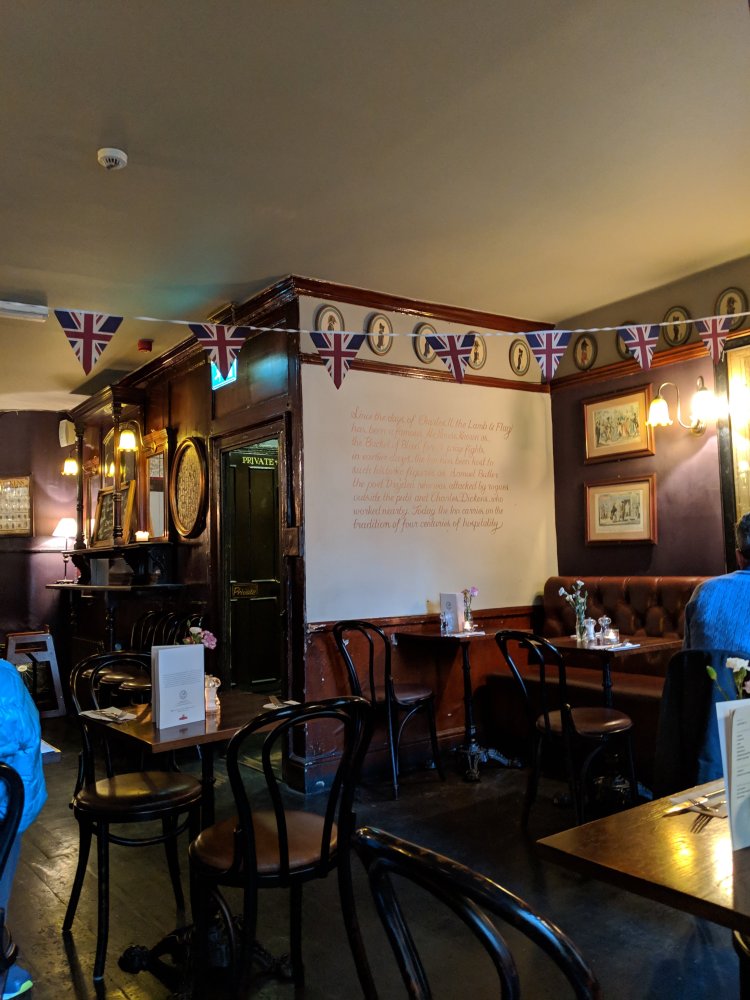 As I said, the play we ended up with was The Twilight Zone. The play meshes a number of episodes of the show into a number of vignettes that are spliced together. The show was quirky and captured the essence of the TV series, but did get a little slow at times. It was otherwise fun. Actually, my favorite detail from the show was how the muted colors of the costumes made it almost feel like you were watching something in black and white. Also, there was one song, so Chris didn’t really get away with a no musical trip to the West End. 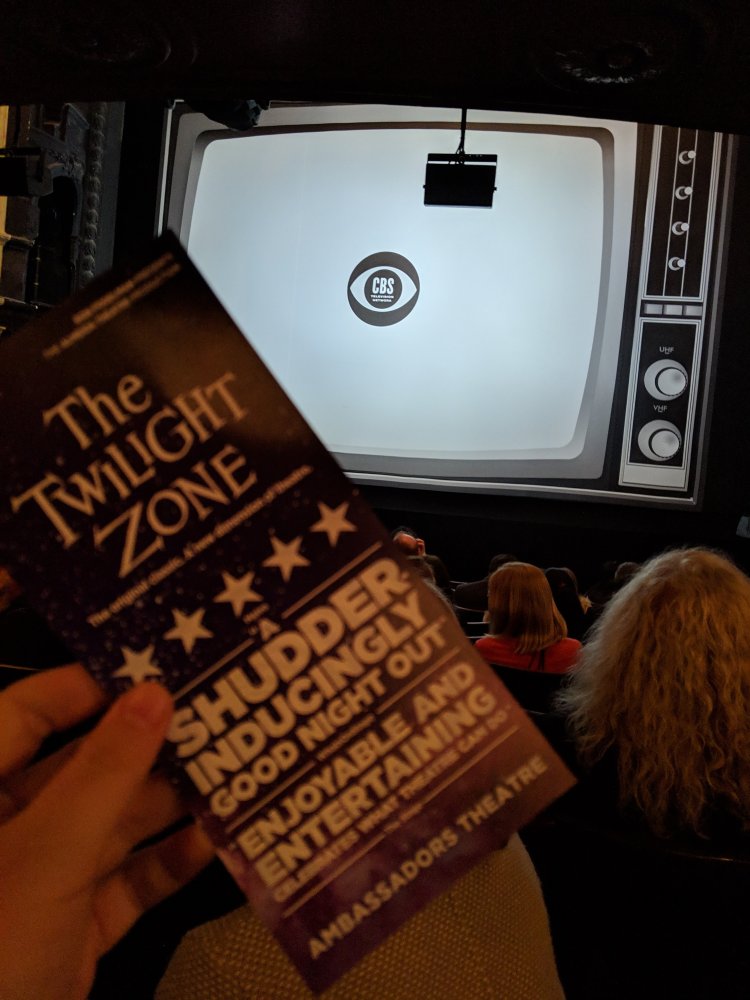 We were going to follow the play up with a trip to Nandos to make my sister proud. It had somehow been a long day and we were exhausted by the end of the show, so we ended up nixing that plan. We’ll do Nandos one day.

Chris left early morning the next day. My flight back to Basel was too early for me to do too much on Sunday morning, but too late to justify lying around in bed all morning. There was a pretty hip restaurant near the hotel, so I decided to try my luck at getting in. Without reservations, it took a little over an hour to get a seat inside, but the food was delicious. Their signature dish is duck and waffle (hence the name of the restaurant, Duck and Waffle), which I ordered with a tea pairing because I’m such a millennial. It was really good, though. 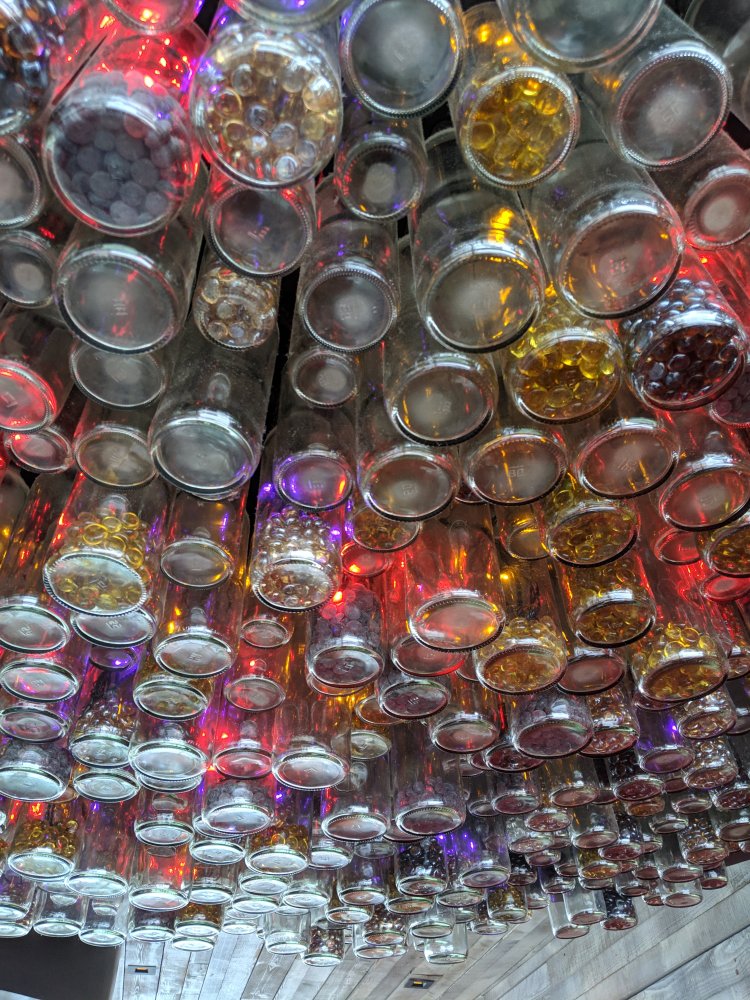 The one downside was that the restaurant is at the top of 40-something floor building. I’m sure the views of London from up there would have been fantastic on a clear or even somewhat clear day. Unfortunately, the fog was serious business that morning, so there wasn’t much to see.

So, that’s about it for this trip to London. Despite the significant and pretty last-minute plan change, we made the best of it and had a lot of fun. It was nice to see Elizabeth and Kyle again, too. It was sad to leave Chris again and he’s going to be gone for quite some time this time around, but as bittersweet as it is, it’s the last one.

2 thoughts on “Another Trip to London”