Hello and happy Cinco de Mayo. I’m still debating whether I make something myself or go to one of the Mexican restaurants in old town. I’ll figure out that drama later. In any case, it’s my monthly check in post where I say that time flies and recap the previous month.

Let’s start with this: the weather here is weird. Four days ago, we had a beautiful and warm May 1st. It would even go as far as saying it was hot on Wednesday. Yesterday, on the other hand, we got snow. In other words, May is so far proving to be just as weird as April was and I’m still not quite able to hang up the winter jackets.

Otherwise, we have initiated the part of the year that I’ve always envied terribly back in the States where there is a series of short weeks and extended weekends. Being on the other side of it, I have to say that I can’t complain about the situation. I even used our day off on Wednesday to make a quick day trip to the French part of Switzerland. There are a couple of other ones to look forward to still that I have not yet planned around.

Parents came and went. I showed them the office this time around.  We did a Swiss birthday dinner for Oppa and we showed him Chris’ favorite place in Basel. We also did Endgame before they left, so Umma got to see the movie before Chris and therefore has more nerd cred than he does. 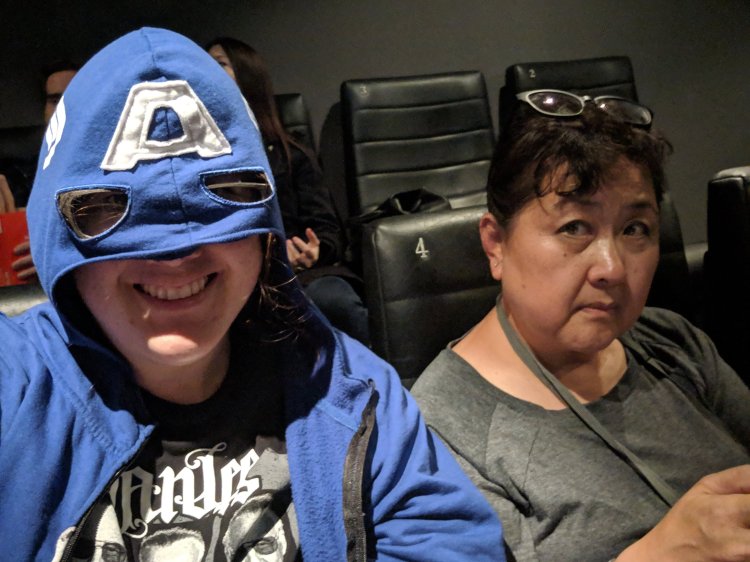 I also made the tough decision last week to skip the half marathon that I’d been training for in Liverpool. It came down to another pulled muscle from Poland that lingered a little too long. Last weekend was kind of where I hit the crux of the issue. Either I had to train through the injury and risk getting injured more now or not get the mileage and risk getting injured on race day. This training season has been plagued with a number of other issues, so I don’t think it was meant to be anyway. The only thing that’s kind of a bummer was that the challenge medal for doing Rock and Roll races in two countries this year is shaped like a passport and I would have loved that. Oh well. I got some good runs in leading up to it and I guess the next question is whether I stick with the Liverpool plan or rearrange travel for that weekend.

Now that I’m nearing the end of the one-year stay in Switzerland, it’s also time to start figuring out all the logistics of moving again. It should all come together, but I need to start taking stock of what’s here and how much random crap I’ve managed to accumulate during my year here (it’s a lot).

It also means I need to somehow use up the food that’s here. I’m almost near the end of the giant tub of gojujang that I brought with me. I don’t think it’s enough to last the next two months, but I’m not here long enough to invest in any size of gojuchang. This will be a bit of a challenge.

That’s about it for the monthly check-in. I am a bit backlogged on other posts and have Warsaw, Wednesday and Fantasy Basel in my queue, but I couldn’t skip out on this short one.

2 thoughts on “The Swiss Life: Why is it still cold in May?”